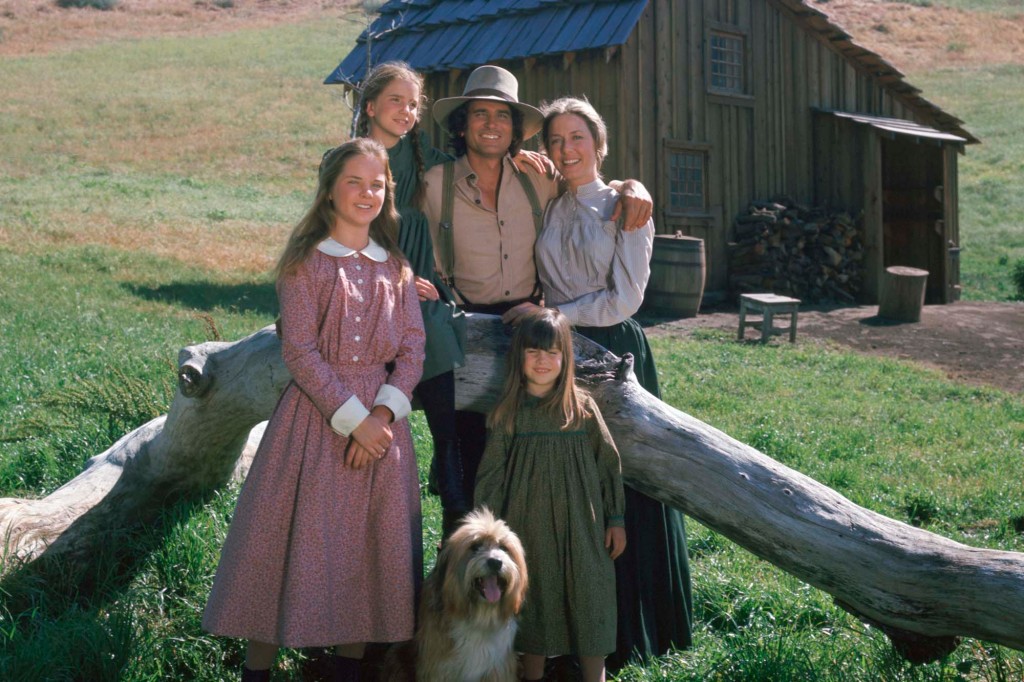 It’s enough to make Reverend Alden — the virtuous pastor on hit TV series “Little House on the Prairie” — choke on his communion wine.

Actress Karen Grassle, who played Caroline “Ma” Ingalls on the ’70s and early ’80s show, has revealed how Michael Landon, who portrayed her wholesome onscreen husband, would openly talk about his “revived libido” on set.

“I didn’t want to think about his penis,” Grassle recalls in her forthcoming memoir, “Bright Lights, Prairie Dust: Life, Loss and Love from Little House’s Ma” (She Writes Press), out Nov. 16.

Landon wouldn’t shut up about the wondrous effects of a natural supplement he’d recently started taking to improve his sex life.

“Mike began to arrive jubilant at the makeup table, crowing about the benefits of bee pollen for the aging male,” Grassle writes.

It wasn’t long before the rest of the cast and crew discovered the reason behind his boastful claims: The married actor was having an affair with Cindy Clerico, then a teenager who was working as a stand-in for his co-star Melissa Francis (Cassandra Cooper Ingalls). The 18-year-old woman was more than 20 years Landon’s junior.

The fallout from the scandal, which made headlines, was sorely felt by everyone on the tight-knit set.

The cast and crew were deeply disappointed by the liaison between their charismatic boss and Clerico, whom Grassle described as “a nice young woman” with a penchant for “cute, colorful tops” and “tight jeans that had been made popular by ‘Charlie’s Angels.’”

According to Grassle, co-star Katherine “Scottie” MacGregor, who played snobby store owner Harriet Olsen — found the early ’80s affair particularly distasteful. She already had a strained relationship with Landon, caused by her disproportionately low salary, and this only made things worse.

“It was mostly the lack of appreciation,” Grassle told The Post of MacGregor’s dim view of Landon. “But it was also the way he treated women in general.”

It has been widely reported that MacGregor, who died in 2018 at the age of 93, was on a holistic retreat in India and therefore unavailable to appear in the 1984 “Little House” TV movie, which had been designed by Landon to put the series to rest.

But Grassle revealed the truth to The Post: “[MacGregor] refused to take part,” she said. “After all Scottie had been through with Mike, she didn’t want to have anything to do with him and the reunion.”

Making Landon’s affair with Clerico worse, most of the ensemble was friendly with his then-wife, Lynn.

“I knew his wife,” Grassle writes in her book. “I had been in their home. She had been kind to me, And I thought about her children — there were three of them still at home … and younger than Cindy.”

She went on to describe how Lynn had “done everything his [Landon’s] way,” looking after the family while the actor worked long hours, playing hostess at his business dinners and “staying home on Christmas Eve when he was gambling at the office.”

According to Grassle, Landon’s adultery, which ultimately led to him marrying Clerico in 1983, developed after the teen — with whom he spoke “longer than he talked to anyone else” on set — lent him a copy of the Nancy Friday book “My Mother, My Self.”

“Then they began to walk further away from the action, engrossed in conversation and each other,” Grassle writes. “It was awkward as hell for us in the company. Everyone saw. Everyone looked away.”

When Lynn found out, she followed Landon and his squeeze to their secret love nest. The media reported how Lynn allegedly threw a bottle of vodka at the head of “America’s favorite dad.”

There was much back-and-forth as Landon first announced he was returning to Lynn — even reportedly arranging to renew their marriage vows — before he rode off into the sunset with Clerico, who got pregnant before her lover’s divorce was finalized.

“The bee pollen was really something,” Grassle quips in “Bright Lights, Prairie Dust.”

Later, Clerico was re-introduced to the “Little House” set as a makeup artist — the cast disparagingly called her “that makeup artist” — and she would anger them by arriving in a Porsche.

While the damage to Landon’s clean-cut image caused him to lose advertising deals including one with Kodak, this was nothing compared to the loss of respect from co-stars such as Melissa Gilbert, who played Laura Ingalls.

Gilbert had always looked up to him as a father figure. But she shunned him when news of his extramarital fling broke, refusing to attend his third wedding.

She wrote in her own memoir, “Prairie Tale,” how she learned about the surprise break-up with Landon’s wife, when her mother told her that “Auntie Lynn and Mike” were parting ways.

Gilbert, who was so close to the Landons she frequently vacationed with the family in Hawaii, added: “I have to work with Mike. I can’t take sides, yet he’s done something that’s turned my world into angry, opposing sides.

“I was put in a horribly, uncomfortable position.”

As for Clerico and Landon, they stayed together until 1991, when the father of nine died from pancreatic cancer at the age of 54.