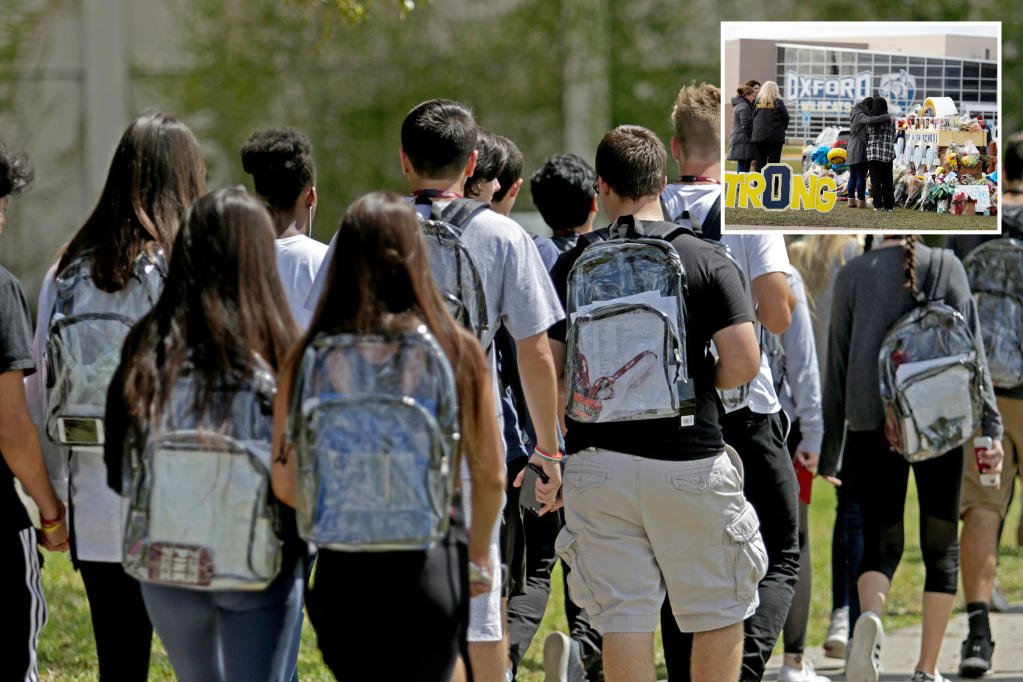 The Michigan school district where a student gunman allegedly killed four teens will allow middle- and high-school pupils to carry only clear backpacks next year.

The mandate at Oxford schools is one of several new measures to be put in place because of the November high-school mass shooting by accused killer Ethan Crumbley.

“Safety, both physical and emotional, is at the top of our list,” district Superintendent Tim Throne said in a video message to parents this week.

Students are due to return to classes at Oxford Community Schools on Monday.

Crumbley, 15, is charged with four counts of first-degree murder and seven counts of attempted murder in the shooting at Oxford High School. Seven people were also injured in the bloodbath.

Police said Crumbley opened fire in the hallway shortly after his parents were called to a meeting with school officials over the “disturbing” drawings by their son.

His parents, James and Jennifer Crumbley, refused to take their son home with them after the meeting and now face manslaughter charges in the incident.

Ethan Crumbley allegedly had the gun, which his father bought for him, inside his backpack during the meeting with his parents and school counselors.

“Unfortunately, many times with these social-media threats, we never get a clear answer,” he said. “But in any event, I wanted to let you know we haven’t forgotten about that.”