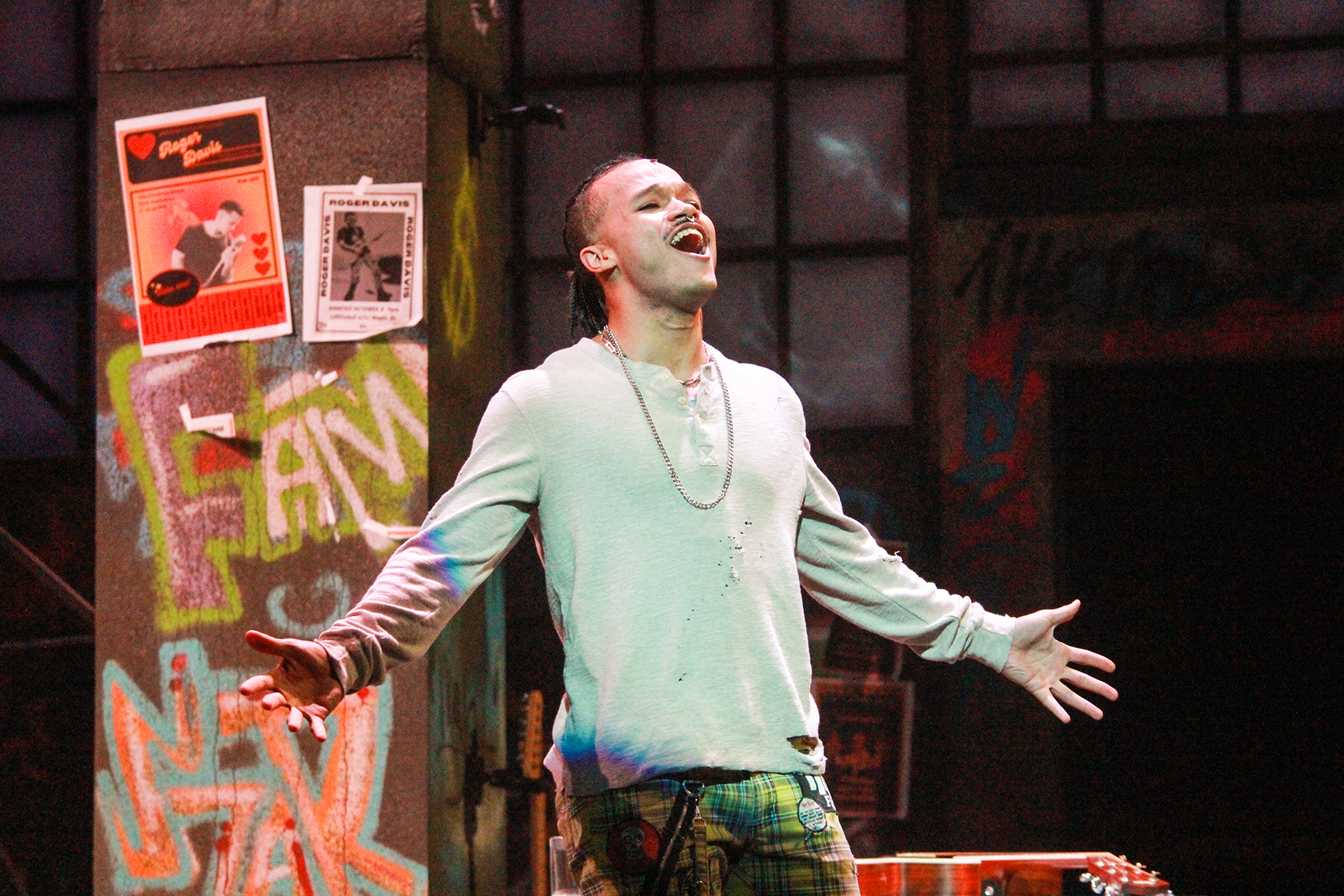 “We are excited to open our 38th season with one of the world’s most popular musicals.

RENT has thrilled audiences worldwide, and the Rep’s Nashville-based cast, filled with both familiar and new performers, is extraordinary,” said Drew Ogle, Executive Director of NRT.

Mike Sallee, Jr. plays Roger Davis, one of RENT’s central characters. He said the film adaptation of RENT spurred him into acting. “I can’t confidently say that I would probably be doing what I’m doing right now without having seen it so many years ago,” he relayed.

Loosely based on Puccini’s La Boheme, RENT follows a year in the life of a group of impoverished young artists and musicians struggling to survive and create in New York’s Lower East Side. “At the heart of RENT is a group of people yearning for a community and searching for connection. The past two plus years of pandemic life has felt, at times, very isolating and uneasy. This period in our lives has left us to grapple with a sense of disconnect and a profound sense of loss. A loss of time. A loss of art. A loss of community,” said director Micah-Shane Brewer. “These characters teach us how to face these challenges and live, because, as a song in the show says, we have no day but today!”

Sallee said the play provides an important message that continues to be socially relevant — The more things change, the more they stay the same. Its themes of injustice, poverty, and humanity’s passion to create something meaningful despite unimaginable hardship continues to inspire audiences. “In so many ways he gave a voice through these lyrics and songs to a vast majority of the community … using this rock opera to tell the story of those who at the time were living with HIV/AIDS, battling addiction or not knowing if or when they were going to be forcibly removed from their found homes—The homeless, the struggling artists, and those in search of a community that loved and supported them regardless of all that.”

He said RENT brought a new sound to the stage when it premiered, adding to its ability to “transcend well beyond its opening date.”

Sallee, who is Black, said it meant a lot to him to play Roger, because he hadn’t seen an actor who looked like him in the role at such a professional level. “This means a lot … It’s about finding new ways to tell these stories that touch all of us, not just a certain person or a certain generation … Coming into Roger, I’m looking at my own struggle along with the commitment that I made to this craft, to this professional journey, it’s something that I love. And it’s something that, if I’m gonna be remembered for, it’s gonna be for the stories I was able to tell and inspire, on and off the stage,” he said.

“I definitely feel like I’ve found a home here in Nashville,” Sallee said of his time with Nashville Rep. This is his fourth season with the company. “Everybody is so dedicated to creating great theater, so getting this opportunity with them is so beautiful. It’s just like coming home again.”

Sallee’s credit list spans a host of theatre partnerships, including Alliance Theatre, Actors Pointe and Circle Players. Mike Sallee, Jr. can be found on Instagram (@mikesalleejr) and at mikesalleejr.com.

Big beer competitions like GABF could see a major shakeup…