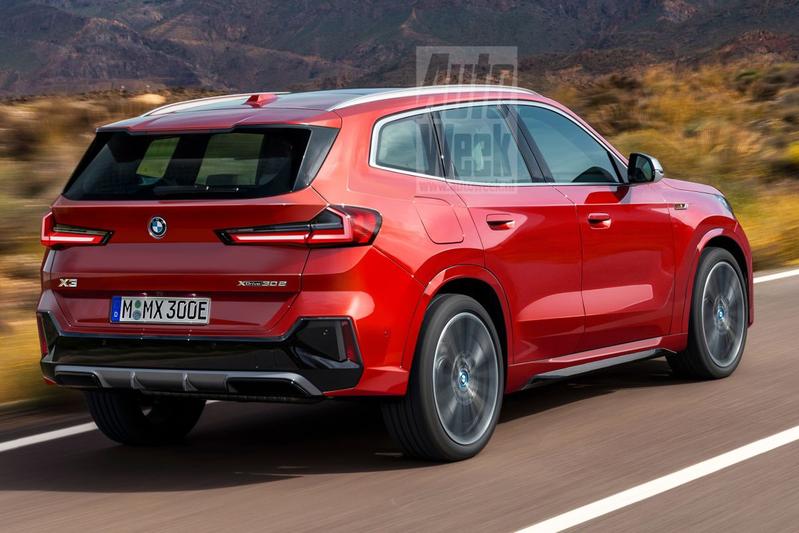 Recently, BMW pushed the brand new X1 forward and although it belongs completely in 2022 with its appearance, it is actually relatively subtly designed for a modern BMW. For example, if we put it next to the iX, but also next to the X7, the 7-series or the 4-series, it is clear that BMW has chosen a somewhat less controversial approach for its entry-level SUV. The new X3 follows the same trend as the X1. BMW omits the huge grille of the 4-series and the striking, two-layered lighting is still reserved for the X7 and 7 series. The X3 gets a fresh front end thanks to sharper shaped headlights and a somewhat heftier grille, as you can see here on the plates sketched by our illustrator.

At the rear, changes include new L-shaped taillights and a lowered number plate. The rear is a bit more angular and that makes the new X3 look a bit more robust, and we expect it to be. Well, something like this often happens with generational changes, but with the X3 it is also necessary to keep the X1 which has grown more than 5 cm at an appropriate distance. Undoubtedly, it also provides the new X3 with some more interior space. In the length, at least, because the X3 seems to be slightly lower. The result is a more stretched appearance. In the interior you will almost certainly find a digital instrumentation and infotainment screen, which are visually fused into one curved panel. The same as, for example, in the facelifted 3-series, and operation of both screens is done with the well-known iDrive rotary knob.

It is to be hoped for BMW that all in all it will appeal to enough people, because the X3 is a very important model for the brand. In fact, only the duo 3-/4-series sold better worldwide last year. In the Netherlands, the X3 even surpassed the 3-series in numbers last year, although this was largely thanks to the iX3 helped by the EV subsidy. However, the competition is not small, especially now that Mercedes-Benz has the new GLC. In any case, there will be plenty of choice again within the X3 spectrum, thanks to BMW’s Power of Choice approach. This means that there will be versions with combustion engine and with partly electric drive, but also a fully electric iX3. In that respect, BMW sticks to what is already known, although the emphasis will undoubtedly be more on electrification. Count on at least one plug-in hybrid variant and various mild-hybrid engines. It cannot be ruled out that the new X3 M will have a very strong hybrid powertrain.

The new, fully electric iX3 will logically get a battery with a capacity of at least 74 kWh – that is what the current one already has – and a 300 hp electric motor that drives the rear wheels. A stronger four-wheel drive variant of the iX3 is also in the pipeline; its brand new little brother iX1 is also available with two electric motors, which together produce 313 hp. With that, the iX3 probably sprints from 0 to 100 km/h in about 6 seconds. For the milder version, bet on a WLTP range of around 500 km, although it cannot be ruled out that BMW can make it a bit more efficient. With the plug-in hybrid versions, we can also count on an excellent fully electric driving range. The plug-in hybrid X1 already has an electric range of 78 to 89 kilometers with a 14.3-kWh battery pack. There is a good chance that BMW will prepare a battery pack that is at least twice as large for the X3. The plug-in hybrid Mercedes-Benz GLC has set the bar high with a driving range of up to 120 km. 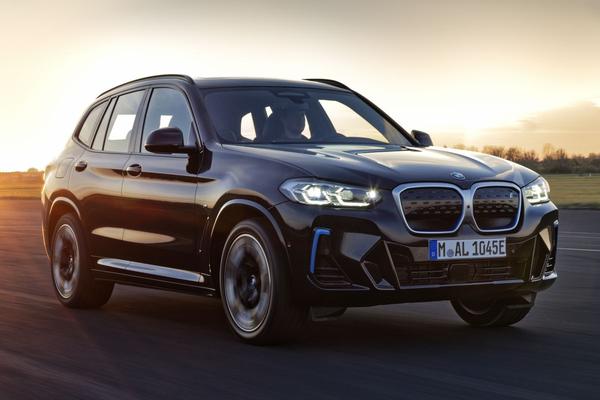 For now, there’s no sign of life from the new X4, but you can almost bet it’s back. The new X3 is probably a little over a year ahead of its more aerodynamically designed brother. We expect the new X3 to see the light of day in the course of next year and to hit the market by the end of 2023 at the earliest. The X4 will then follow in 2024.