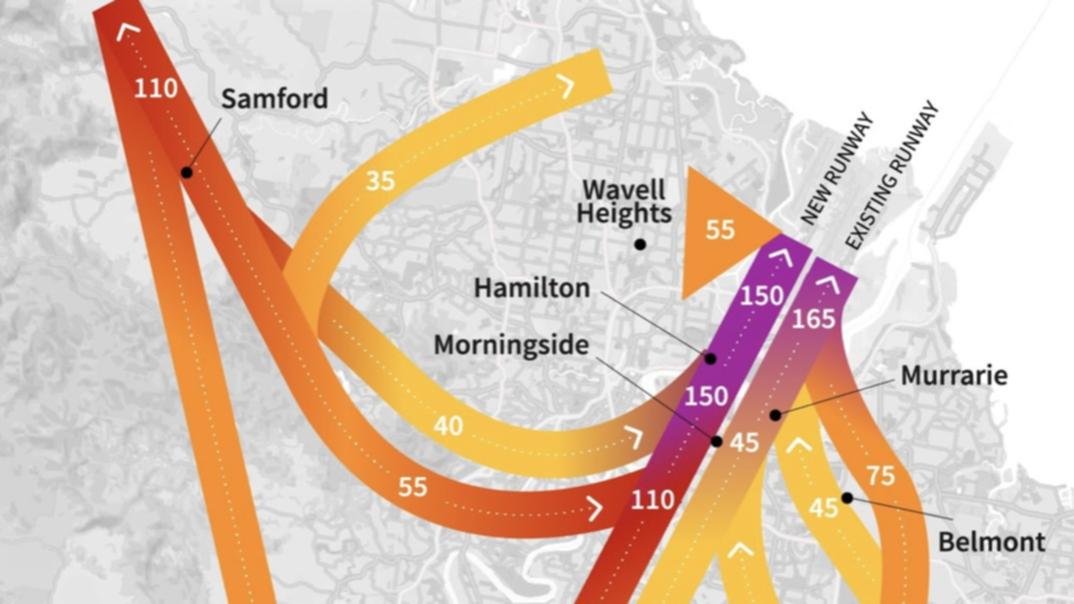 Thousands of Brisbane residents will avoid noisy aircraft disturbances under a new trial to divert more planes over Moreton Bay.

Airservices Australia and the Brisbane Airport Corporation have agreed to three measures in response to community anger over flight paths.

During the 12-month trial, more flights will be directed over Moreton Bay during weekends and planes will fly at higher altitudes on departure.

Pilots will also remain on an agreed flight path until they reach 10,000 feet to help ease residents’ noise complaints.

The trial is expected to start in the first half of this year.

Over 380 submissions were received since September last year, prompting action from the federal government.

Deputy Prime Minister Barnaby Joyce made the announcement on Wednesday following the release of the first quarterly report of a government-established independent community forum.

Brisbane MP Trevor Evans said the report identified many of the concerns raised by residents about aircraft noise.

“The forum has identified both immediate and long-term changes that will mitigate unnecessary and unreasonable aircraft noise, and I look forward to those measures being implemented as quickly as possible,” Mr Evans said.

“I am pleased that Brisbane residents voices in suburbs like Hendra, Hamilton and New Farm are being heard and have led to these strong recommendations”

Mass. has 3 of the best new hotels in the world, Conde Nast…