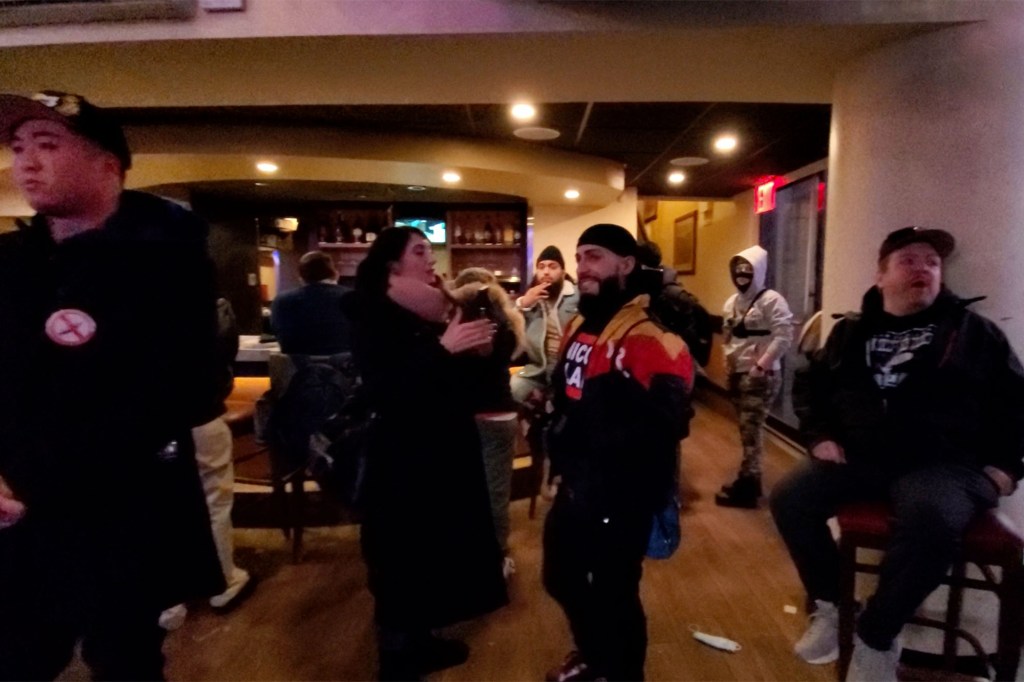 Four people were arrested after a group of anti-vax protesters staged a sit-in at the Olive Garden in Times Square Friday night, police said.

The rowdy objectors consisted of a “number of individuals” that refused to comply with New York City’s indoor dining mandate, the NYPD said.

They were confronted by cops in the restaurant’s bar area after refusing to show proof of COVID-19 vaccination, according to footage posted to Twitter.

The incident was over by 10:40 p.m., after most of the dissidents left the restaurant voluntarily, police said. Three men and a woman were expected to be charged with trespassing, according to officials. Their names were not immediately released.

“Wake up New York! Wake the f— up!,” one of the suspect yelled while being led into a police van in the heart of Times Square, according to video on social media.

“I got arrested. They arrested me for trying to eat at Olive Garden, that’s what happened,” another protester said, claiming his civil rights were violated.

As the suspects were taken into custody, other protestors used profane language to insult and heckle the group of officers involved, footage showed. At one point a member of the group played “F–k The Police” by NWA on a loudspeaker.

Similar protests have been staged at other city restaurant chains including a Cheesecake Factory in Queens and a Burger King in Brooklyn last month.

It was unclear if the group behind those sit-ins was also responsible for Friday’s disruption.

A receptionist at the Manhattan eatery referred The Post to a corporate spokesperson, who did not immediately return a request for comment.

Stress ages you – here’s how to remain youthful and resilient