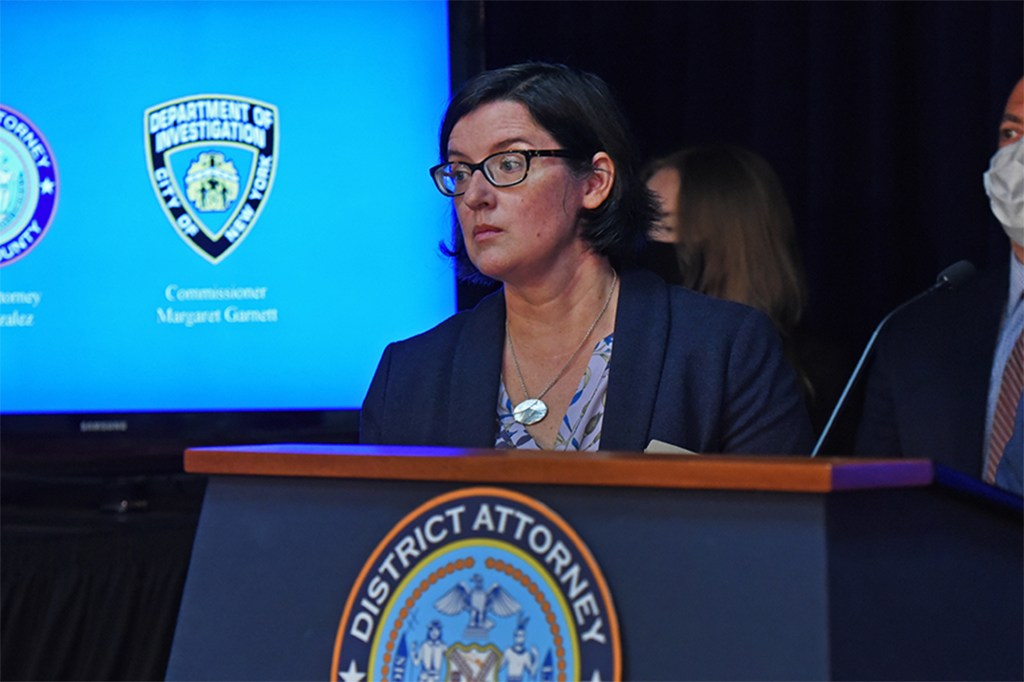 The head of the city Department of Investigation will leave her job for a role in the Southern District of New York, the Department of Justice announced Wednesday — less than a week after her agency released its damning probe that found Mayor Bill de Blasio and his family improperly used his police security detail.

Margaret Garnett, who de Blasio selected in 2018 to lead the DOI, will begin serving next month as No. 2 under Damian Williams, the newly sworn-in US Attorney for the Southern District of New York.

Williams described Garnett, who served as a southern District protector for 12 years, as “legendary.”

“Margaret was a legendary Assistant U.S. Attorney. During her time in the Office, she led some of the Office’s most important investigations and prosecutions, and mentored countless AUSAs,” he said in a statement. “Her storied career in public service leaves no doubt that she will be an exceptional Deputy U.S. Attorney.”

Before the DOI, Garnett served as executive deputy attorney general for criminal justice in the state Attorney General’s office, according to her bio. Prior to her time in the Department of Justice, she was an associate at the law firm Watchell, Lipton, Rosen & Katz.

Garnett will resign from the DOI on Nov. 10, the New York Times reported.

The job switch comes after her agency found that the NYPD’s Executive Protection Unit was used by de Blasio for “political purposes” during the mayor’s ill-fated presidential campaign, and to run “errands” for him.

According to the probe, the team tasked with protecting the mayor helped his daughter move, shuttled his son around the city and drove his brother to nearly two hours to pick up a rental car in New Jersey.

She said last week that the mayor’s security detail had effectively served as a “concierge service” for his son, Dante de Blasio.

“In practice, what is happening is that, you know, it’s not security; it’s essentially a concierge service, primarily for Dante,” Garnett said during a press conference following the probe’s release on Oct. 7.

After de Blasio repeatedly groused about the probe, Garnett responded, “I’ve yet to hear any identification of the claimed factual inaccuracies.”

“When you see a pattern of conduct and a culture that public resources are available for your personal benefit, that’s incredibly destabilizing to good government, it’s not a good use of the public’s money, and things can often snowball,” she said on NY1 last week.

A winning vegetarian take on chili