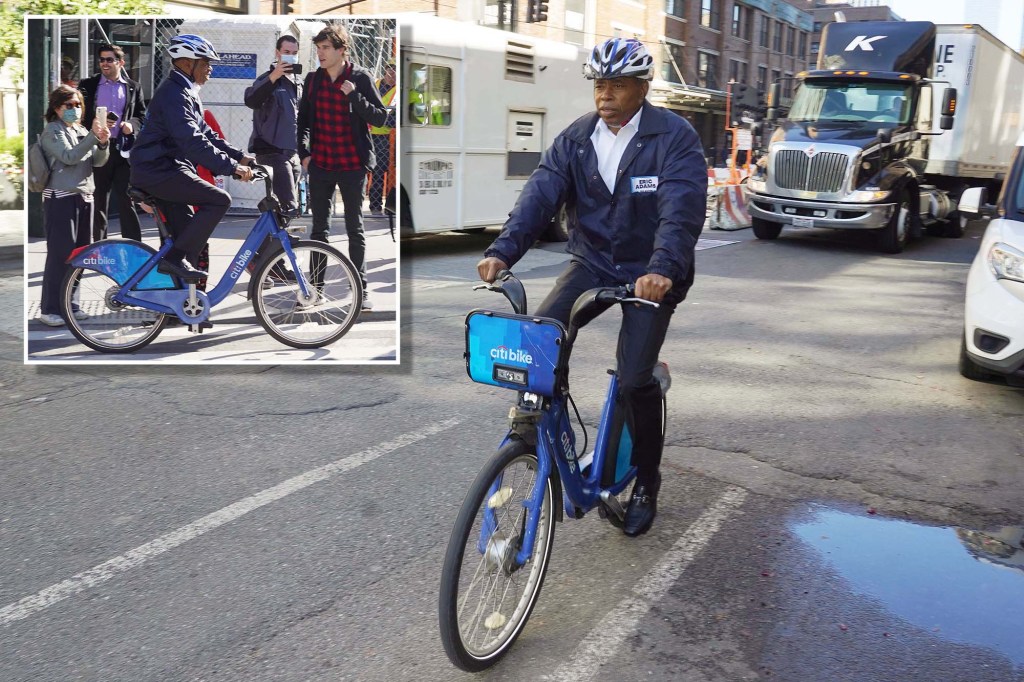 Mayor Eric Adams on Sunday biked to work on his second day in office, a day after riding the subway to City Hall.

A picture posted on Twitter shows Adams — wearing a red helmet, red tie and blue suit — on a Citi Bike alongside a staffer ahead of a series of appearances Sunday morning.

The mayor is slated to appear on ABC and MSNBC, followed by a visit to a church in Manhattan and an afternoon roundtable discussion on gun violence in the borough, according to his public schedule.

Adams, who has vowed to install 300 new miles of protected bike lanes across the city, has promised to be out and about as mayor.

“They’re going to see me riding my bike through the city, see me doin’ my own laundry, see me in the supermarkets, see me on the trains — they want to see their leaders again,” the then-Brooklyn borough president said in late June.

Adams’ bike ride comes after an eventful subway Saturday morning, when the former NYPD captain called 911 from the platform of the J train station at Kosciuszko Street in Brooklyn while observing three men fighting on the street.

Ex-Mayor Bill de Blasio, who Adams succeeded Saturday, most often opted to travel around the city with a security detail via SUV, though in May he commuted from the Upper East Side to City Hall on a Citi Bike.