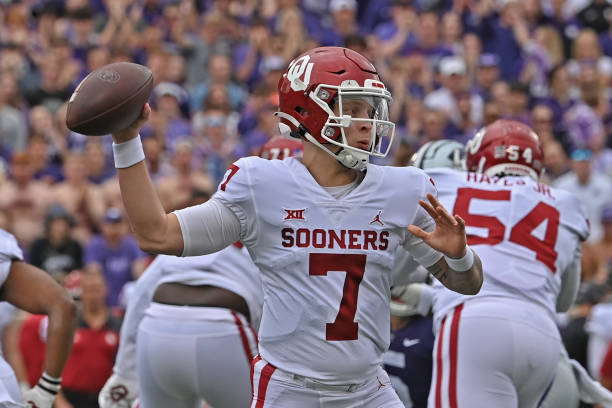 NORMAN, Okla. (KFOR) – After being benched halfway through the season, an OU quarterback announced that he is transferring from the university.

Since that move during the Red River Rivalry, there has been talk about what the future holds for Rattler.

On Saturday, the Sooners were dealt with their second loss of the season to Oklahoma State during the Bedlam game. One day later, Lincoln Riley announced that he was leaving OU immediately to become the head football coach at USC.

On Monday, Rattler announced that he has decided to leave the University of Oklahoma.

“Sooner Nation: Thank you for allowing me to be a student-athlete at this prestigious institution. Thank you to every teammate and coach these last three seasons. We won several games together and made memories that I will cherish forever. Special thanks to my family and friends for your support. Thank God for the game of football. It’s the ultimate team sport and brings people and communities together unlike anything else. At this time, I would like to announce that I have decided to enter the transfer portal to continue, my academic and athletic career. Thank you again, Oklahoma. I will miss you.”

In 2020, Rattler was named a semifinalist for the Davey O’Brien Award and was named national freshman of the year by CBS Sports.

This season, Rattler threw for 1,483 yards for 11 touchdowns and five interceptions.

Simply does what you need and is a wise choice for…

How Fed hikes could affect mortgages,…