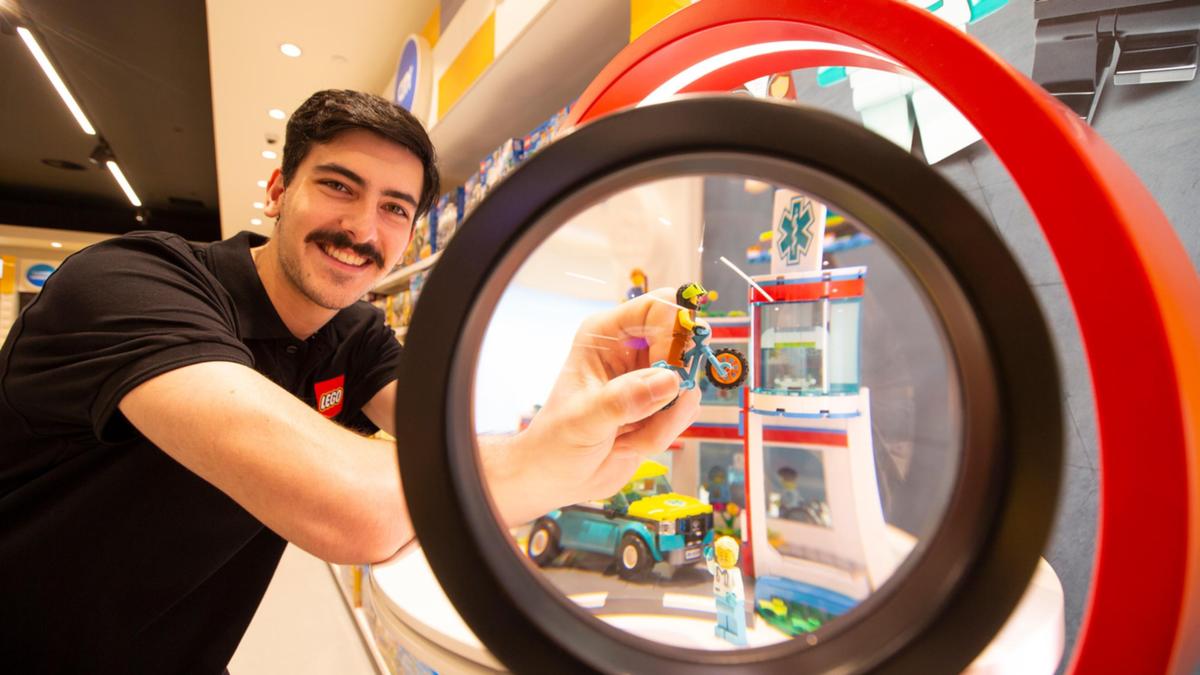 The day has finally arrived. After much ado and anticipation, south-side LEGO lovers have been gifted their very own store — at Westfield Booragoon Shopping Centre.

Brick fanatics in the area will no longer need to schlep their way up north to the Karrinyup store, with their own dedicated block-building emporium officially opening its doors for the first time on Tuesday.

And judging by the steady throng of plastic fantastics queuing to get through the doors, the new store is tipped to be a huge success.

Your local paper, whenever you want it.

LEGO fans and local community members from across the region have already been treated to some amazing creations.

Among them was a 3D mosaic of local landmark Cottesloe Beach comprised of a staggering 20,819 bricks created by the LEGO god himself — Brickman.

The amazing display took the expert 290 hours to build.

A Personalisation Studio allows visitors to make a memento of their visit, with customers invited to reimagine themselves in LEGO form as a portrait from the Mosaic Maker.

The Studio is the first of its kind in Australia and New Zealand.

Other highlights at the Booragoon store include a Pick A Brick wall and Minifigure Station, a wide range of LEGO sets and hands-on building experiences to inspire creativity and imagination.

The new store is an attraction for both domestic and international brick-fans, with custom brick-built features that are a tribute to imagination and creativity.

LEGO retail operations manager Stephen Poole said the store had plenty of interactive elements for both kids and adults alike.

“We’ve got the demonstration table where the staff is going to be able to get a lot more hands-on with the sets,” he said.

“We’ve got speakers built-in so they’ll be able to chuck on a headset and actually pull the set apart to see how it’s built and how it works.

“We’ve also got the Pick A Brick wall which is what all the adult fans of LEGO are here for so you can stack a cup full of your own bricks and take them home and pretty much build whatever your heart desires.

“Then we also have all the hard-to-find sets as well, the ones that usually you’ll only find in LEGO-certified stores, so these are really our biggest sellers, particularly our Hogwarts Express set which is our newest release.”

Next Miss Universe pageant to be broadcast from New Orleans

‘Best Before’ labels scrutinized as food…