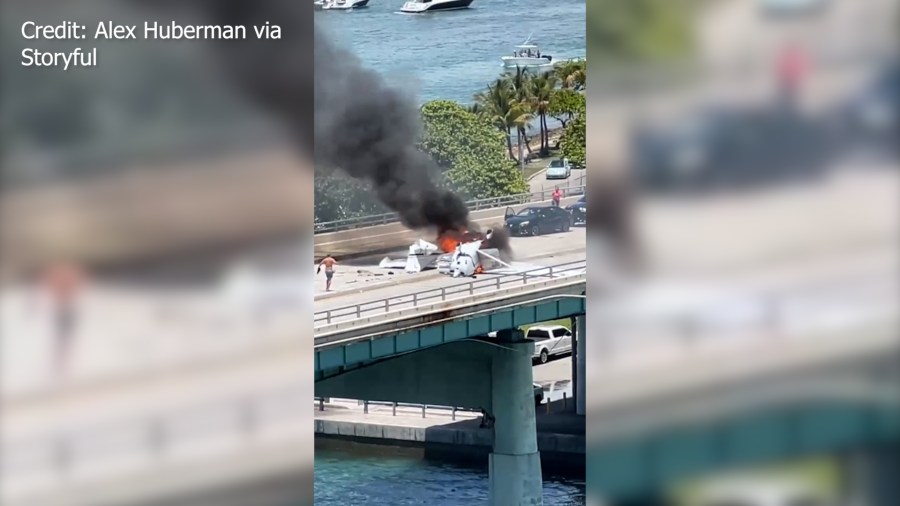 MIAMI (WFLA) — A plane was destroyed in a fiery wreck on a bridge in Miami on Saturday afternoon, according to police.

The area was closed to traffic as crews responded to the scene.

Miami resident Alex Huberman recorded the aftermath from a nearby building, capturing the smoke and flames rising from the aircraft. A vehicle on the bridge also appeared to be damaged.

In the video, voices can also be heard saying that they saw three people escape the crashed plane.

The Federal Aviation Administration says the plane, a single-engine Cessna, had taken off from Fort Lauderdale International Airport and planned to fly to Key West. The aircraft lost power en route, causing the plane — and the three people onboard — to crash into the bridge at approximately 1 p.m.

NBC affiliate WTVJ reported that six people were injured, including two who were transported to trauma centers.

The FAA and the National Transportation Safety Board will be investigating, a representative for the FAA confirmed.

Blind Date: DJ Frankie and administrator Lauren met up for dinner and drinks at The Royal