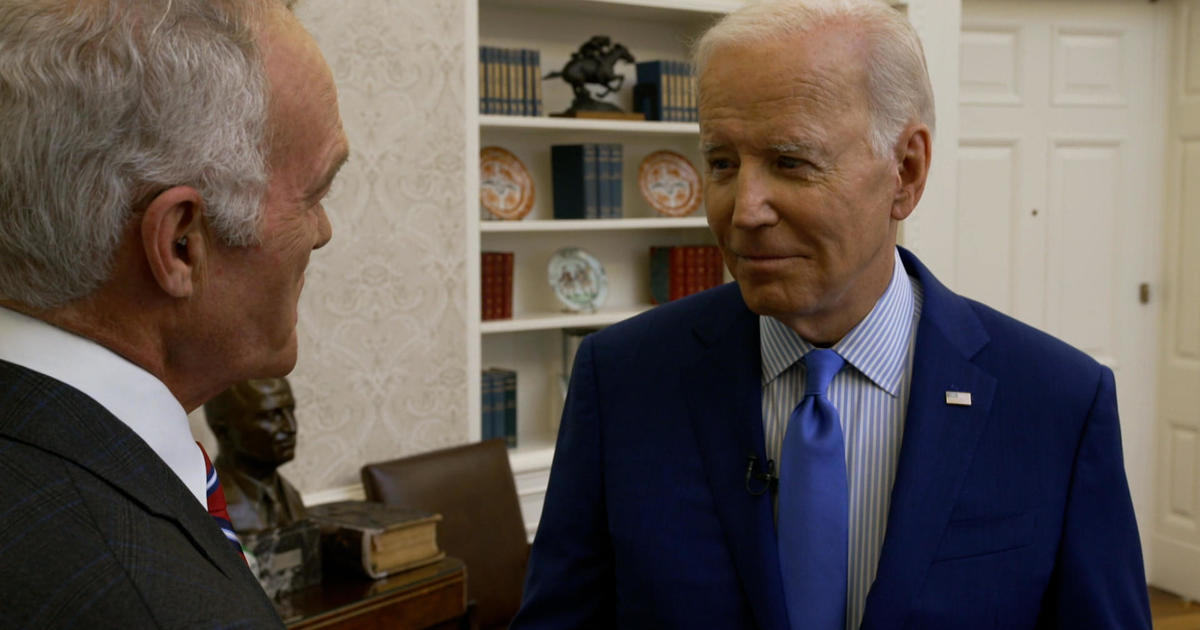 President Biden told 60 Minutes last Thursday that while he intends to run for re-election in 2024, the decision is still up in the air.

“Sir, are you committed to running again, or are there certain conditions that have to be right?” Pelley asked.

“Look, if I were to say to you, I’m running again, all of a sudden, a whole range of things come into play that I have– requirements I have to change and move and do,” Mr. Biden said. “In terms of election laws. and it’s much too early to make that kind of decision. I’m a great respecter of fate. And so, what I’m doing is I’m doing my job. I’m gonna do that job. And within the timeframe that makes sense after this next election cycle here, going into next year, make a judgment on what to do.”

“You say that it’s much too early to make that decision,” Pelley said. “I take it the decision has not been made in your own head?”

“Look, my intention as I said to begin with is that I would run again,” the president said. “But it’s just an intention. But is it a firm decision that I run again? That remains to be seen.”

President Biden said he hopes to retain control of the House and the Senate in the midterm election in November. But less than half the country approves of the job he’s done. Pelley asked Biden why he thinks his numbers are so low despite a string of recent legislative success.

“This is a really difficult time. We’re at an inflection point in the history of this country,” Mr. Biden said. “We’re gonna make decisions, and we’re making decisions now, that are gonna determine what we’re gonna look like the next ten years from now. I think you’d agree that the impact on the psyche of the American people as a consequence of the pandemic is profound. Think of how that has changed everything. You know, people’s attitudes about themselves, their families, about the state of the nation, about the state of their communities. And so there’s a lot of uncertainty out there, a great deal of uncertainty. And we lost a million people. A million people to COVID. When I got in office, when I got elected, only 2 million people had been vaccinated. I got 220 million, my point is it takes time. We were left in a very difficult situation. it’s been a very difficult time. Very difficult.”

President Biden is the oldest commander-in-chief in the history of the country. With that in mind, Pelley asked him about his fitness for the job.

“Watch me. And honest to God, that’s all I think. Watch me,” Mr. Biden said. “If you think I don’t have the energy level or the mental acuity, then, you know, that’s one thing. It’s another thing, you just watch and, you know, keep my schedule. Do what I’m doing. I think that, you know, I don’t– when I sit down with our NATO allies and keep them together, I don’t have them saying, ‘Wait a minute, how– how old are you?'”

“I respect the fact that people would say, you know, ‘You’re old,'” the president continued, “But I think it relates to how much energy you have and whether or not the job you’re doing is one consistent with what any person of any age would be able to do.”

“How would you say your mental focus is?” Pelley asked.

“Oh, it’s focused. I’d say it’s– I think it’s– I– I haven’t– look, I have trouble even mentioning, even saying to myself, my own head, the number of years,” Mr. Biden said. “I no more think of myself as being as old as I am than fly. I mean, it’s just not– I haven’t observed anything in terms of– there’s not things I don’t do now that I did before, whether it’s physical, or mental, or anything else.”

Queen Elizabeth: How the historic funeral service for Her Majesty will unfold

How does ‘Dead Space’ remake compare to…