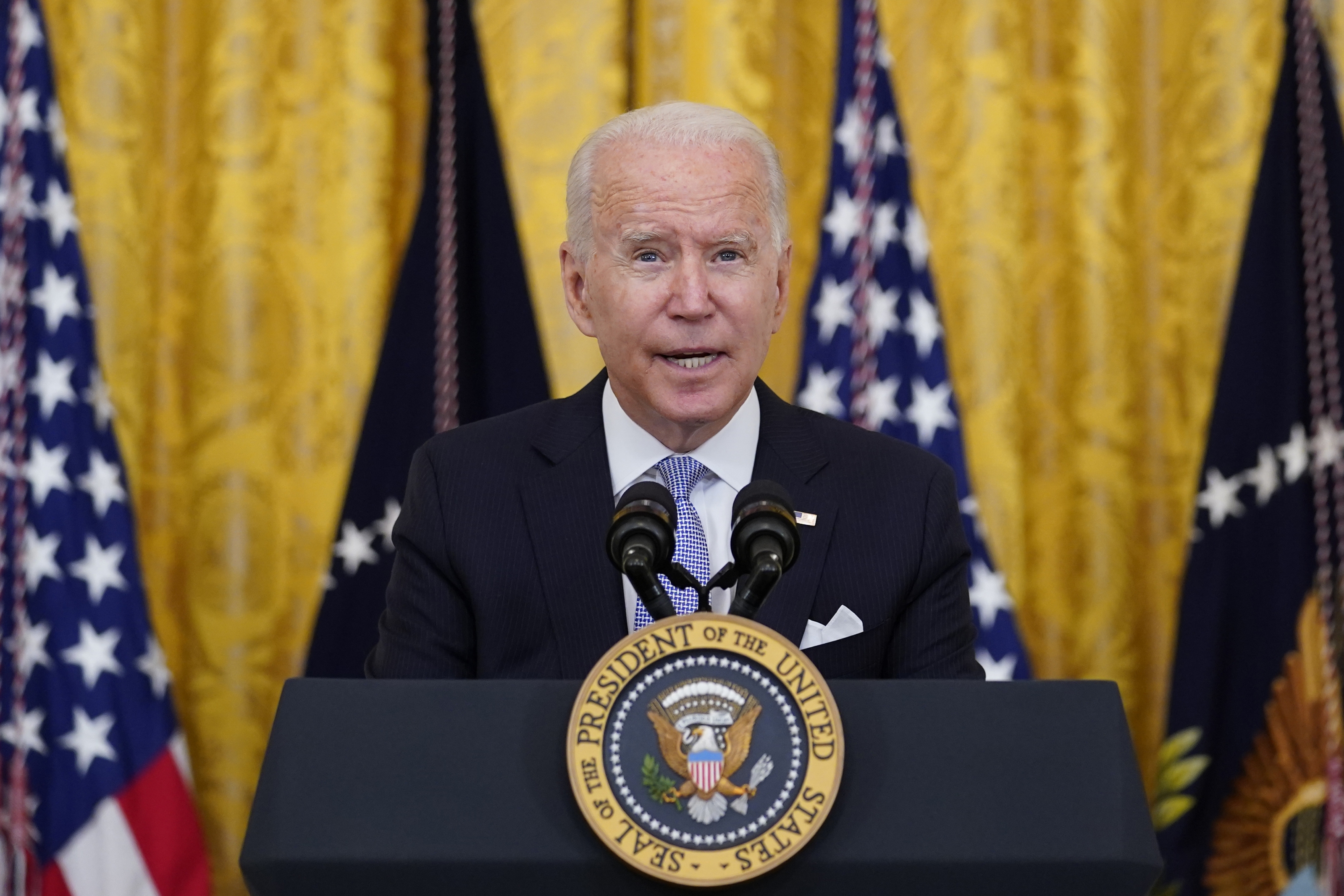 An array of progressive and pro-White House groups plans to spend nearly $100 million to promote President Joe Biden’s agenda over the next month to pressure Congress while lawmakers are on their August recess.

WASHINGTON (AP) — An array of progressive and pro-White House groups plans to spend nearly $100 million to promote President Joe Biden’s agenda over the next month to pressure Congress while lawmakers are on their August recess.

The push being announced Monday, coupled with a wave of travel by the president’s top surrogates, is meant to promote and secure passage of Biden’s two-track infrastructure plan: a bipartisan package focused on highways, transit and broadband, and a Democrats-only budget reconciliation bill for child care and what the White House calls human infrastructure.

Votes on both proposals, expected in the weeks ahead, are expected to be narrow, with Biden and Democratic leaders needing to keep in line a group of moderate Republicans for the nearly $1 trillion bipartisan bill as well as an ideologically diverse set of Democrats for the potentially $3.5 trillion reconciliation package.

An outside coalition of progressive organizations launched a war room and is planning to host over 1,000 events and actions over the next six weeks, The Associated Press learned. The goal, officials said, was to bombard the home districts of members of Congress with ads — both televised and digital — to keep the pressure on to follow through on their votes as well as to underscore much of the agenda’s popularity with the public.

The Senate voted to advance the bipartisan infrastructure bill last week, giving Biden a hard-fought legislative victory that, at least for now, seemed to justify his commitment to a bipartisan approach that some in his own party doubted. Both bills were expected to face debate and further votes in the weeks ahead.

“Progressive groups are going on the offense as we lead into August recess,” said Danielle Melfi, executive director of Building Back Together, an outside group supportive of the president. “We know there is a groundswell of support and we want to show members that while they are back home in their districts.”

Traditionally, August is the slowest month of the year in Washington, in part because Congress leaves town, so the White House aims to fill that vacuum with a blitz of events meant to tout Biden’s first six months in office while also promising to take on rising fears of long-term inflation as well as a surge in coronavirus infections, predominantly among the unvaccinated, due to the highly contagious delta variant.

“We’re going to use the August recess to build on (support for the president’s plan) by launching a massive push in every corner of the country,” said White House spokesman Mike Gwin, “to make the case directly to all Americans on why this agenda is going to benefit them and their families through lower costs for everyday expenses, tax cuts, and greater economic opportunity.”

Several Republican senators, including Rick Scott of Florida and Ted Cruz of Texas, blasted the overall price tag and said they would not support the bill. Cruz deemed it a “massive $3.5 trillion Democrat tax-and-spend bill.”

Vice President Kamala Harris and her husband, Doug Emhoff, will headline events and, in the first two weeks of August alone, 14 Cabinet secretaries will travel to at least 26 cities in 13 states, the White House said. Among them, Treasury Secretary Janet Yellen will head to Georgia and Transportation Secretary Pete Buttigieg to Nevada, New Jersey and Texas.

But the biggest name of all does not have travel scheduled: Biden is expected to remain in Washington this week before departing for a vacation in Delaware. White House aides said the president would hit the road at the end of August to promote the plan.

The bipartisan deal, which nearly fell apart several times, is tentatively slated to receive a vote this week. The timetable for the reconciliation bill is less clear.

US hits 70% vaccination rate — a month late, amid a surge – Twin Cities