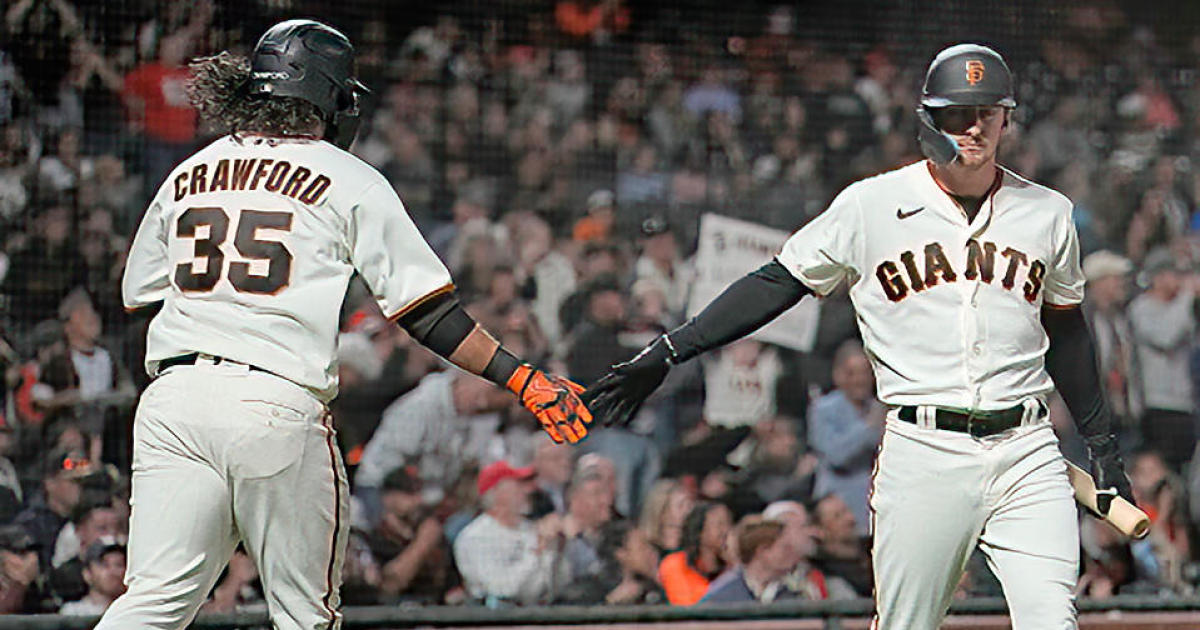 “It’s hard to describe,” Proctor said of his grand slam. “Probably my best baseball memory so far. I honestly don’t remember rounding the bases. It was the fastest I’ve ever run around the bases, I know that.”

The Giants have won four games in a row and nine of their last 10 to get back to .500 at 78-78. They trail the Philadelphia Phillies by 5 1/2 games for the third and final National League wild-card position with six games remaining.

“I’m just happy we won tonight,” Rodón said. “We’ve still got a chance, I guess. A lot of things have got to go our way, but all we can control is us winning.”

Sean Bouchard homered for the Rockies. They have lost five straight and nine of their last 10.

Rodón (14-8) limited Colorado to just two hits while taking over the NL lead with 237 strikeouts. It was his 11th double-digit strikeout performance of the year, extending his franchise record.

“He was just cruising,” Giants manager Gabe Kapler said. “He looked outstanding. He looked as good as he’s looked all year.”

San Francisco jumped on Rockies starter Ryan Feltner (3-9) for five runs in the second inning. With the bases loaded, Wynns singled home Brandon Crawford to put the Giants ahead. Proctor followed with an opposite-field grand slam to left.

Flores added a sacrifice fly in the seventh to make it 6-0.

C.J. Cron drove in Colorado’s first run in the ninth on a sacrifice fly. Bouchard followed with a two-run homer, his second of the year. Elehuris Montero added an RBI triple to cut the lead to 2.

Giants closer Camilo Doval came in with two outs and the tying run at the plate and retired Ezequiel Tovar for his 27th save in 30 opportunities.

“The ninth inning was growth for these guys,” Rockies manager Bud Black said. “The coaches and I really like what we saw in the ninth inning.”

The Rockies started seven rookies, including Feltner. Cron was the only starter older than 28. “We have so many young players getting an opportunity,” Black said. “What a great thing that is for these guys, and for us to look at future Rockies.”

Rockies: INF Brendan Rodgers (strained left hamstring) was reinstated from the 10-day injured list and batted third, going 0 for 4. … INF/OF Connor Joe was placed on the 10-day IL (retroactive to Sept. 26) with a right serratus strain. The injury is not considered serious, though Joe will not return this season. “He’s going to be fine,” Black said. “He’s going to be able to resume his offseason workouts and offseason program in a relatively short period of time.” … OF Randal Grichuk missed his second straight game with flu-like symptoms. … RHP Carlos Estévez (illness) was transferred from the COVID-19 IL to the 15-day IL. Black said it was not COVID-19.

Giants: OF/1B LaMonte Wade Jr. remained out of the lineup for a third straight game with multiple ailments. “He’s been dealing with just various things pretty much all year,” Kapler said. “From the knee to the hamstring, he’s had some thumb soreness. … We just don’t want to insert him back into the lineup too soon. Full disclosure: He’s been in a couple of lineups and we’ve just taken him out because he hasn’t felt ready.” … RHP Anthony DeSclafani (ankle surgery) and LHP Alex Wood (left shoulder impingement) are both progressing well and are expected to be fully healthy for the start of spring training next season.

Ian strengthens into hurricane again as it threatens South Carolina