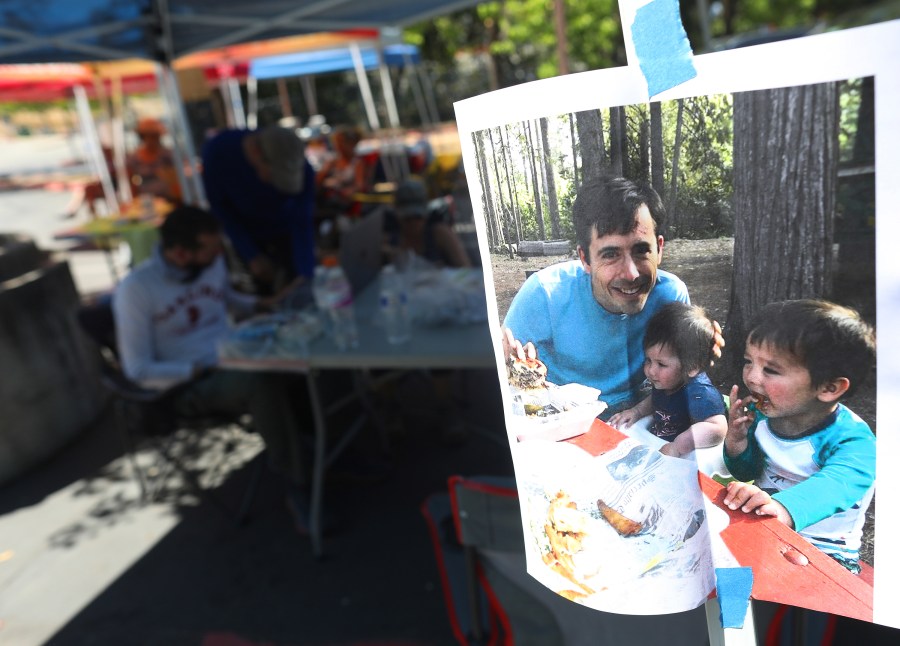 Human remains found under a tree in a rugged Northern California park likely belong to a man who went missing last month after going for a run, police said.

A volunteer searcher found the body Tuesday about a quarter of a mile from the trail that Philip Kreycik had charted on a fitness app for his run at Pleasanton Ridge Regional Park, said Capt. Lance Breed of East Bay Regional Park District police.

Kreycik, 37, left his Berkeley home the morning of July 10 and drove to the park for an hourlong run. When he didn’t return by the afternoon, his wife called authorities.

Hundreds of volunteers and officials used drones, aircraft and off-road vehicles to look for weeks for the father of two young children.

“We wanted to bring him home alive and safe, so to deliver this news today is hard for all of us,” said Sgt. Ray Kelly of the Alameda County Sheriff’s Department.

Kelly said the remains had on running clothes and Kreycik’s distinctive running shoes. He said there were no immediate signs of foul play.

The body was discovered near a game trail, commonly used by wildlife such as deer, Lt. Erik Silacci of the Pleasanton Police Department told the San Francisco Chronicle.

“It’s a trail that if you saw it, it looks like trampled grass and that you may take, particularly if you were disoriented and in search of a way back to your car or something,” Silacci said.

The body was found under a tree on a ridge in a spot not readily visible from the sky or near the trail he was thought to be running on, Kelly said.

A coroner will be making a positive identification of the remains to try to determine the time and cause of death, officials said.

Britney Spears Says She Celebrated Her 40th Birthday With…

Britney Spears Says She Celebrated Her…

EXPLAINER: How unusual to charge parents…