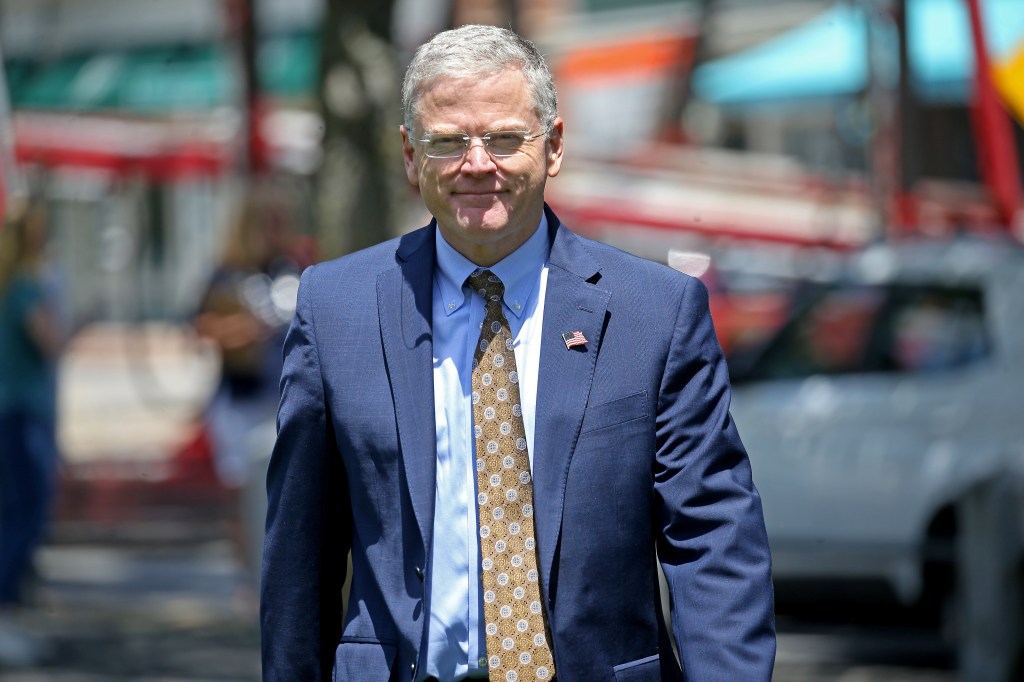 Republican gubernatorial candidate Chris Doughty blasted his opponent Geoff Diehl for what he characterized as his refusal to participate in a televised debate ahead of the September primary.

But Diehl’s campaign manager pushed back, saying that the format had nothing to do with the rejection — he had agreed to two pre-primary debates, and they had already been scheduled.

The would-be debate rankling Doughty was floated for a NECN broadcast on Aug. 30, a week ahead of the Sept. 6 statewide primary. According to a Friday press release from his campaign, Wrentham businessman Doughty is calling for televised debates “to educate all voters on the differences in this race.”

“Clearly, my opponent remains afraid of televised press,” Doughty said in a statement. “His refusal to debate on television also shows that he is unprepared to be governor.”

Doughty’s remarks represented what he called a renewed call for televised debates. The Herald reported in May that Doughty had challenged the MassGOP-endorsed candidate to six debates after the Republican Convention, and Diehl had agreed to debate twice.

The two debates, according to Diehl campaign manager Amanda Orlando, are scheduled for July 20 on The Howie Carr Show and Aug. 11 on The Kuhner Report, which is hosted by Jeffrey T. Kuhner. Both are radio programs, but Herald columnist Carr’s show can also be watched on his website.

“Geoff agreed to two debates pre-primary and two debates had already been scheduled,” said Orlando. “It was not based on the format.”

However, Doughty campaign spokesperson Holly Robichaud said the lack of a televised debate between gubernatorial candidates is unusual, saying she could not remember the last time one had not been scheduled.

Robichaud said Diehl also turned down a challenge from Doughty to debate prior to the Republican Convention, where Trump-backed former state rep. Diehl easily won his party’s endorsement, by a 71-29% margin.

While Diehl has been backed by his party, Doughty is doing much better with campaign donors. His war chest stands at $882,897, compared to Diehl’s cash on hand, which is at $14,838, according to the Office of Campaign and Political Finance.

The two Republicans are vying for the opportunity to face Democratic candidate and Attorney General Maura Healey, who has accumulated a $5.2 million war chest, in November. The other Democratic candidate, state Sen. Sonia Chang-Diaz, D-Boston, has dropped out of the race.

“There is still plenty of time to debate on television,” Doughty said. “I am renewing my call for several televised debates before the primary. We owe it to all voters, and particularly to our own party, for us to take advantage of the opportunity to share our fiscally responsible message.”

Germany, Nigeria sign accord for return of Benin Bronzes