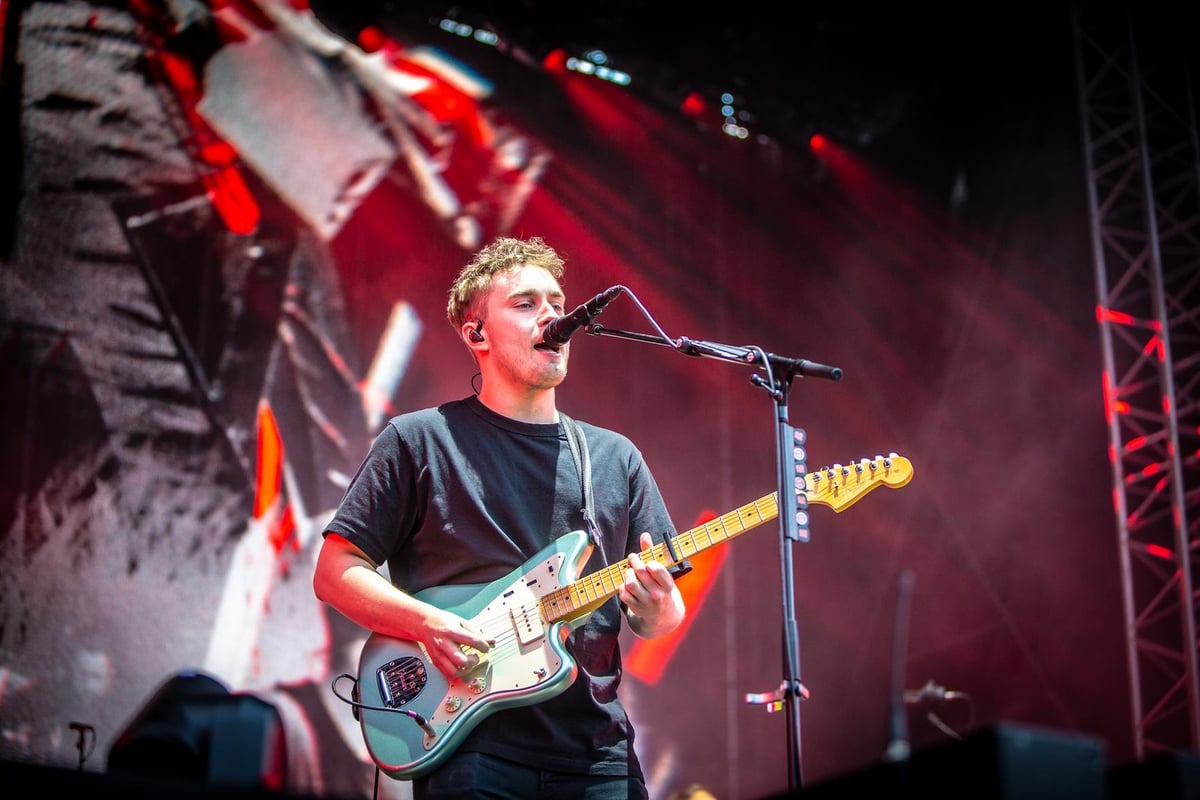 It was the first Scarborough performance for the North Shield’s star, but one he won’t forget soon as a sell-out 8’000 fans packed into the space.

Fans had come from as far as Newcastle, and they were treated to some great Scarborough weather as the sun shined during the afternoon and it stayed dry throughout the show.

Anticipation for the show has been running high all week, as many local fans tried desperately to buy tickets for the rocker.

Sign up to our daily The Scarborough News Today newsletter

Fans had come to the seaside from as far as Newcastle. (Credit: Cuffe and Taylor)

Support came from Heidi Curtis, a fellow North East singer songwriter before Fender hit the stage at 8.30pm for an hour and a half long set.

The crowd were treated to a hit-packed performance which included Will We Talk, The Borders, Get You Down, Spit Of You, Play God, The Dying Light and the punk-esque ‘Howdon Aldi Death Queue’

They were also given a little commentary on the lad’s holidays to Scarborough as a child, before he dedicated ‘Spit Of You’ to his father.

It’s easy to see why Fender has been nicknamed ‘Britain’s Bruce Springsteen’ as the rocker and his band of best mates showed Scarborough how it’s done. The star strapped on his guitar with determination of giving the crowd the night of their lives.

There was a great mix of slow songs and tunes that got the crowd bouncing, but Fender still had his eye on the crowd when he stopped a fight happening in front of him, declaring “there was no need” for scraps.

As he began to start playing again, he had to stop and he waited until the trouble-maker was taken away before continuing and making sure his adoring fans were safe.

He then disappeared before a sensational encore of Seventeen Going Under and Hypersonic Missiles, which really got the crowd going and showcased what the Geordie is capable of. They even got a little warming from some fire guns that set the stage a-light (not literally).

Fender literally rocked Scarborough, and fans left on a high.

This summer’s Scarborough OAT headline programme continues with shows from the likes of Lewis Capaldi, George Ezra, Christina Aguilera, Elbow, The Script, Tears For Fears and Crowded House, with Ru Paul’s Drag Race coming to the theatre tomorrow, Sunday May 29.