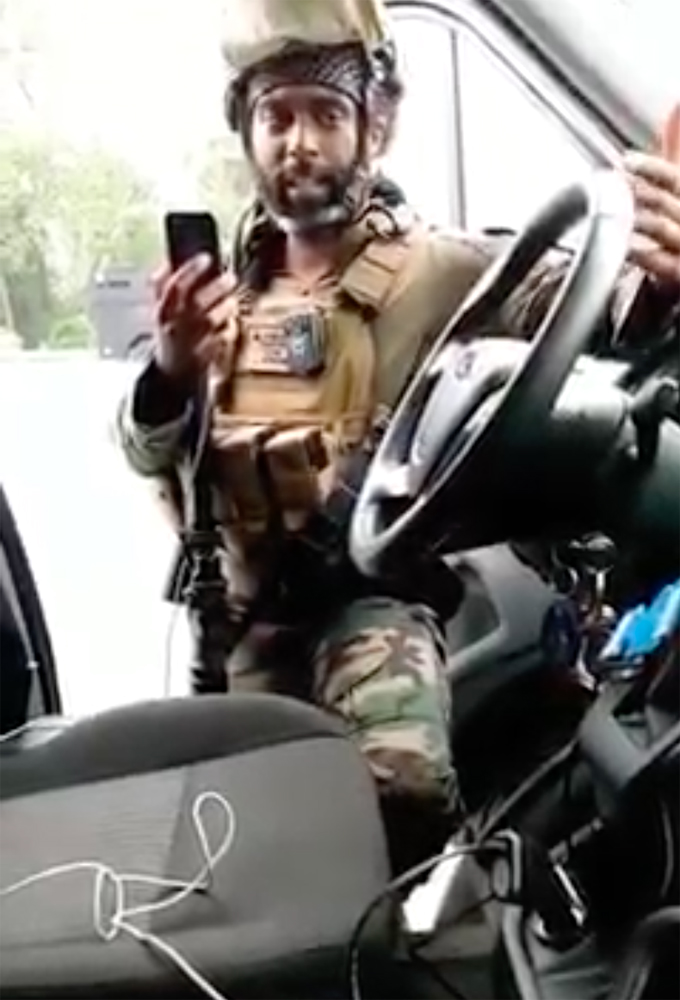 PROVIDENCE, R.I. — Several members of the group arrested after an armed standoff along a Massachusetts highway earlier this month have filed a federal lawsuit alleging that state courts have no jurisdiction over the case.

The suit filed by Rise of the Moors in U.S. District Court in Rhode Island last week alleges “defamation, discrimination of national origin and deprivation of their rights under the color of law.”
“If the state courts continue their unlawful prosecution and or conviction, they will be violating the claimants civil, national and human rights,” the suit says. It seeks $70 million in damages.

The Massachusetts State Police and several individual troopers, the judge who presided over their arraignments, the state as a whole, and several media organizations are named as defendants.
Rise of the Moors is based in Rhode Island.

A spokesperson for the state police in an email said because the agency had not seen the suit, it could not comment on the specific allegations, but said “the defendants were arrested because — and only because — they broke the law and created a clear public safety risk.”

A spokesperson for the state court system said the judge would have no comment.

The standoff started just after 1 a.m. on July 3 on Interstate 95 in Wakefield when a trooper stopped to offer assistance to two vehicles refueling on the side of the highway.

The men from Rhode Island, New York and Michigan, who were dressed in military-style clothing and body armor and were armed with long guns and pistols, did not have licenses to carry firearms in Massachusetts, police said.

The self-described leader of the group said they were a militia traveling from Rhode Island to Maine for “training” on private land, although the exact nature of the training remains unclear, according to the police report.

Ten men and a juvenile were arrested after the standoff ended peacefully hours after it started.

They are being held without bail after a series of contentious arraignments and dangerousness hearings at which members of the group said they are sovereign citizens of Moroccan descent and not subject to federal or state laws.

They face charges that include unlawful possession of a firearm.