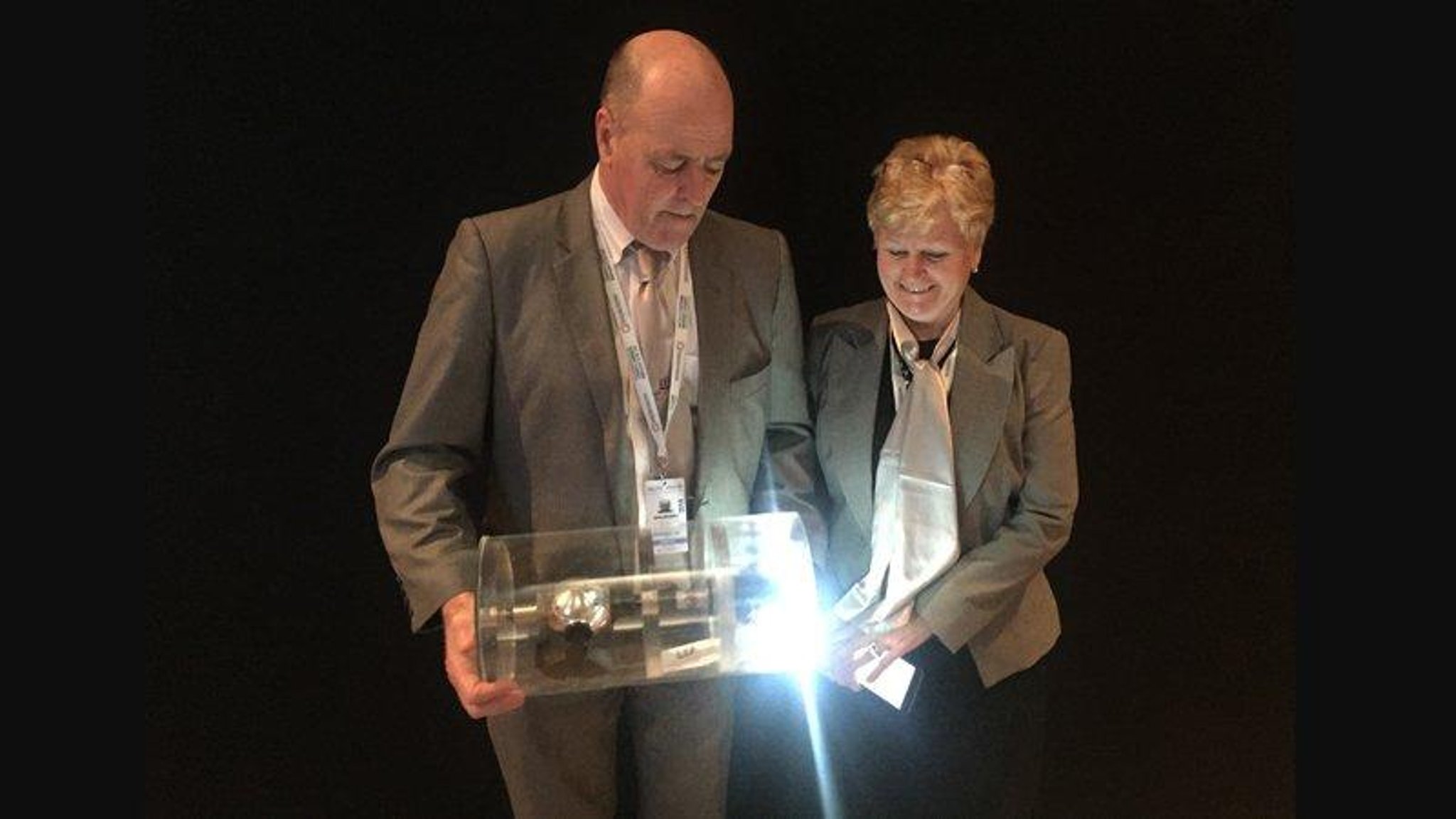 The WITT device, which stands for Whatever Input to Torsion Transfer, was created by Martin and Mairi Wickett and it has received awards for offering an alternative form of green energy.

Now the married couple hope their innovative design can be turned into a global product.

Martin, a senior civil engineer, designed and built the WITT in 2009 with the desire to provide renewable power remotely.

The i newsletter cut through the noise

Martin and Mairi Wicket with the WITT device

The couple raised £2.4m of investment in 2016, at the time the biggest ever crowdfunded equity raised by a ‘clean tech’ company, and earlier this year it won a £350,000 contract with the Ministry of Defence.

The device uses motion to create power, which can charge up electronic devices.

For example, if you took the WITT in a bag while walking, the movement of the person walking would produce energy in the device by causing the pendulums to swing, and this energy could then power sources such as phones by connection through a USB.

As ocean currents are consistently generating movement, this WITT device is first being tested at sea near Gosport where there is regular motion.

Todd Kleperis is an entrepreneur who is trying to encourage investments into the business WITT energy.

He said: ‘I just love the technology, it’s fantastic. It’s really revolutionary, it’s really green and if you think about it, everyone is focused on clean green energy, and the WITT solves that.’

The WITT company, which is based in Gloucestershire, hope this device will reduce the implications of climate change and provide a valuable alternative power source.

The device, despite being invented a decade ago, is now generating new interest as technological advancements mean that the device could now be manufactured on a wide and accessible scale.

Mr Kleperis has been in discussions with the Royal Navy, with Qinetiq testing the device in Gosport last week, as well as companies in Canada and Malaysia about possible opportunities. Some of these potential uses could include powering boats at sea or providing power for homeland security devices.

Mr Kleperis, who lives in Florida, said: ‘We’re doing some very high-level classified testing for the UK navy that is specific to a couple of applications they want, but imagine what the UK government could do with this.

‘It’s a green energy created in the UK by a very good scientist. We’ve been developing it over 10 years and we’re commercialising it this year.’

Will my car run on E10 fuel? Using a vehicle checker to see if your car is compatible with UK’s new petrol

Netflix developing a movie based on friendship that…