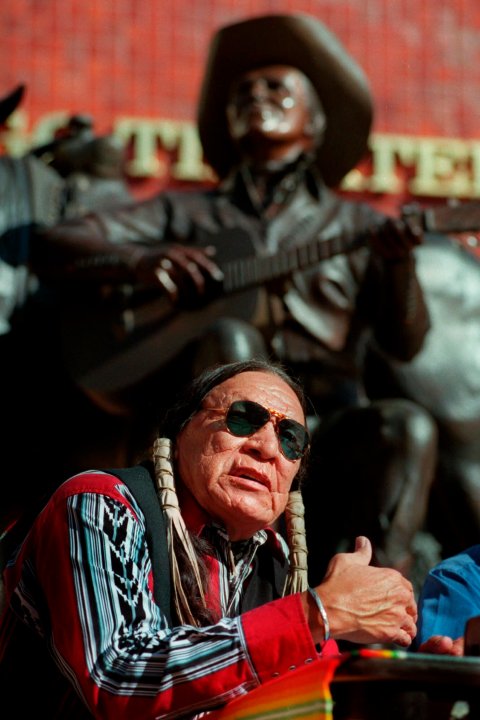 LOS ANGELES (AP) — Saginaw Grant, a prolific Native American character actor and hereditary chief of the Sac & Fox Nation of Oklahoma, has died. He was 85.

“He loved both Oklahoma and L.A.,” Carmichael said. “He made his home here as an actor, but he never forgot his roots in Oklahoma. He remained a fan of the Sooner Nation.”

He began acting in the late 1980s and played character roles in dozens of movies and television shows over the last three decades, including “The Lone Ranger,” “The World’s Fastest Indian” and “Breaking Bad,” according to Grant’s IMDB filmography.

Grant was active for years in the powwow circuit in California and traveled around the globe to speak to people about Native American culture, Carmichael said.

“His motto in life was always respect one another and don’t talk about one another in a negative way,” she said.

Grant was also active in the Native American veterans community and participated for years in the National Gathering of American Indian Veterans, said Joseph Podlasek, the event’s organizer.

“He thought it was important for Native people to get recognized as veterans,” Podlasek said. “He was kind and gentle, and very humble.”

A memorial for Grant will be held in the Los Angeles area, but details haven’t been finalized, Carmichael said.

Covid: Omicron cases confirmed in Hampshire with three in…