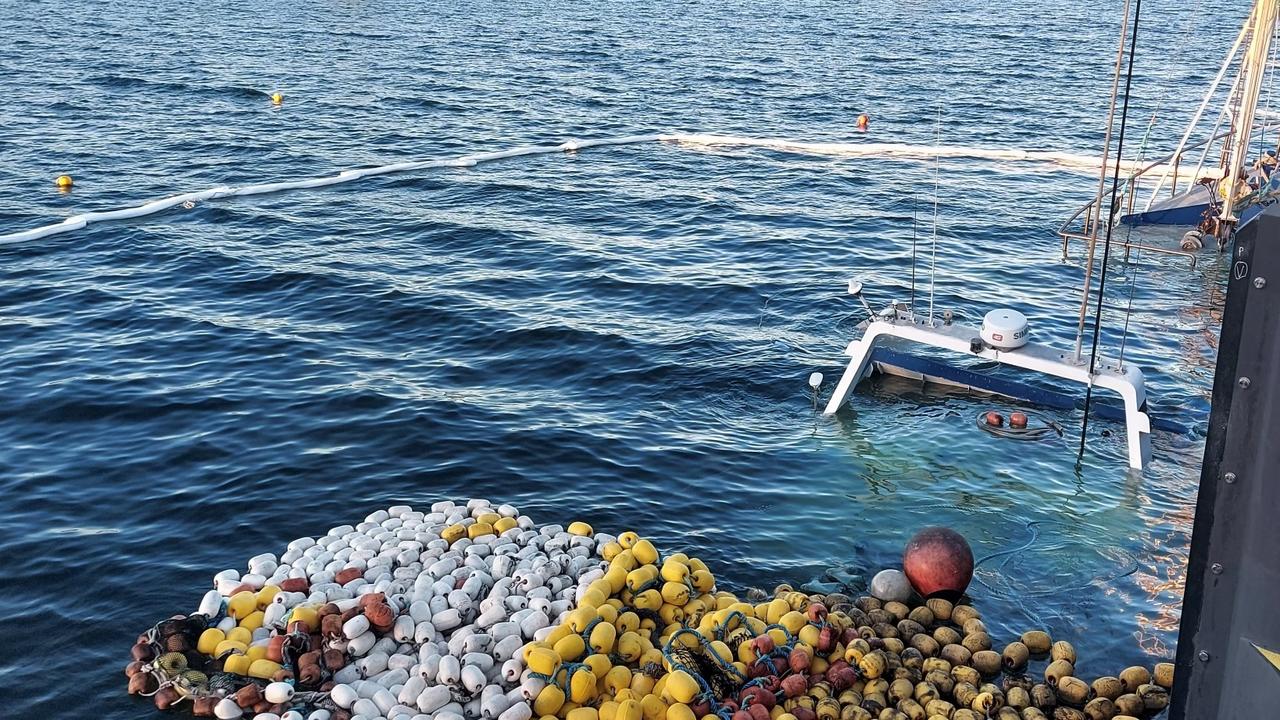 An emergency effort is underway after a fishing trawler carrying a huge load of salmon sank after reaching a port on the NSW south coast.

A fishing trawler carrying 50 tonnes of salmon sank on the NSW south coast early on Wednesday.

Fire and Rescue NSW (FRNSW) crews responded to the emergency at the port of Eden about 3.30am.

The boat was hauling its salmon load back to shore when the captain and crew noticed it was taking on water at the middle wharf of the port.

FRNSW Inspector Phil Eberle said the massive load of salmon was secured into the hull 30 minutes before the boat began sinking.

“The crews have got in quickly, and organised the captain and deckhand to secure the hatches before it went under,” he told ABC News.

“We didn’t have fish floating all through the harbour.”

Firefighters worked with the owner to try and secure the trawler, but it was taking on too much water and sank.

Emergency services are monitoring for any potential oil and diesel leakages at the site.

Fire crews worked with NSW Water Police to deploy 100 metres of absorbent booms around the boat to prevent fuel spreading.

“I think the vessel is carrying a large amount of oil and fuel, as they do. It’s a working vessel,” Inspector Eberle told the ABC.

“But at this stage, there doesn’t appear to be any that has hugely escaped the vessel.

“For a bad situation for the poor trawler and his business, we’ve got a good situation where we’ve managed to look after the environment.”

No injuries were reported and work has now begun on a plan to salvage the boat.

The cause of the incident is not yet known.

LGES to invest in EV battery supply chain in Indonesia