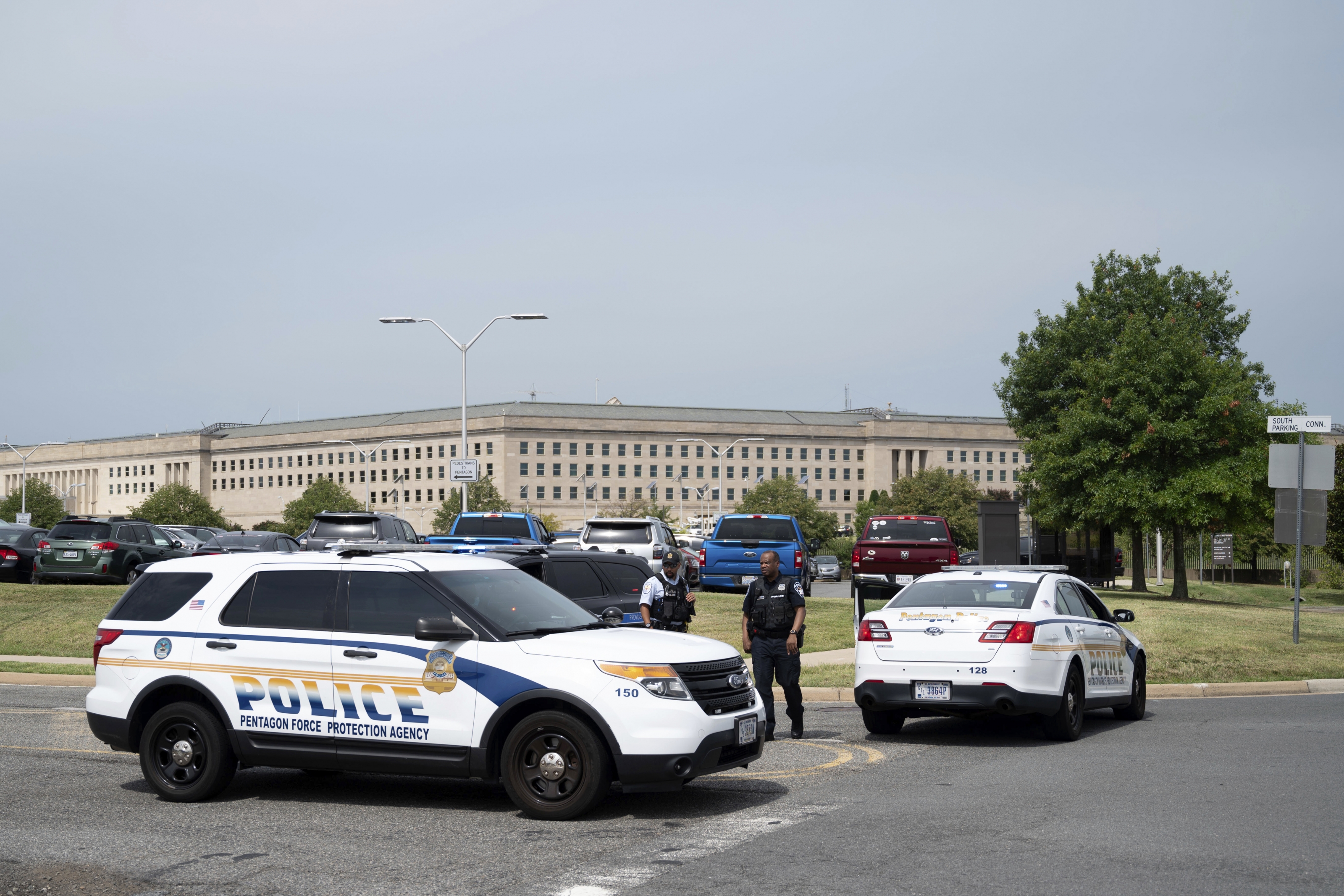 The Pentagon was on lockdown Tuesday morning after a report of gunshots near the Metro station nearby. An official Pentagon announcement said the facility was on lockdown due to “police activity.”

A Pentagon police officer was attacked and killed on a Metro bus station platform, gunfire was exchanged and several people were injured in an outburst of violence near the Pentagon Tuesday morning, authorities said.

@PFPAOfficial mourns the tragic loss of a Pentagon Police Officer killed during this morning’s incident at the Pentagon. Our thoughts and prayers are with the Officer’s family. Additional info on the officer will be forthcoming, following full next of kin notification.

“This fallen officer died in the line of duty, helping protect the tens of thousands of people who work in — and who visit — the Pentagon on a daily basis. He and his fellow officers are members of the Pentagon family, and known to us all as professional, skilled and brave,” Secretary of Defense Lloyd Austin III said in a statement.

In a brief Pentagon news conference earlier Tuesday afternoon, Woodrow Kusse, chief of the Pentagon police force, said the scene was secure and there was no continuing threat to the public. At the time, Kusse did not confirm any other details of the incident and the chaotic scene that unfolded shortly before 10:40 a.m., despite being pressed several times by reporters.

Shortly before the news conference, The Associated Press reported that an officer had died after being stabbed and that a suspect had been shot and killed by police.

“I’m not confirming or denying those particular reports right now. The investigation is ongoing,” Kusse said during the news conference, in response to a barrage of repeated questions from reporters about the incident.

Even though Kusse did not confirm one of his officers had died, condolences began appearing on social media. Virginia Democratic Sen. Mark Warner tweeted, “I’m incredibly saddened to learn about the passing of a Pentagon police officer, who was killed earlier this morning in a senseless act of violence outside the Pentagon.”

I’m incredibly saddened to learn about the passing of a Pentagon police officer, who was killed earlier this morning in a senseless act of violence outside the Pentagon. My heart goes out to the officer’s family and friends, as well as the entire Pentagon Police force.

After the Pentagon police force confirmed the officer’s death, Fairfax County Board of Supervisors Chairman Jeff McKay offered his condolences in a tweet and said that county flags will fly at half-staff Wednesday. Fairfax County police has also been ordered to wear formal mourning bands on their badges to honor the slain officer.

My statement on the death of an officer at the Pentagon today: pic.twitter.com/5C3getJp8t

The flags on the Pentagon Reserve will also fly at half-staff, Austin said.

The Pentagon news conference was notable for its lack of detail. Kusse also did not confirm a suspect had been killed or was in custody. He replied, “I can’t get into those details.”

In response to a follow-up question about a potential suspect being on the run, he said, “We are not looking for another suspect at this time.” He said a number of people fled the scene of the violence, which apparently led to “erroneous reports.”

Kusse would also not provide any details about how many people were wounded or the extent of their injuries.

The FBI is investigating the incident, said Kusse, who added that it was premature to discuss the motivation.

The incident Tuesday near the Pentagon Transit Center unfolded at 10:37 a.m. and led to a lockdown at the Pentagon that has since lifted, spurring a large police response.

In response to a question from WTOP’s J.J. Green, Kusse said he learned of the incident when a call came in on the police radio.

The lockdown lasted about an hour and a half. The nearby Pentagon Metro station entrance remains closed.

The scene of the incident is secure. It is still an active crime scene. We request that everyone stay away from the Metro rail entrance and bus platform area. Transportation at the Pentagon is diverted to Pentagon City.

The Arlington County Fire and EMS Department said they encountered multiple patients at the scene, but did not provide further information on their condition, other than to say all the victims had been taken to the hospital.

Safety advocate Dave Statter, a former reporter who runs the Statter911 blog and Twitter account, said he heard up to a dozen gunshots at about 10:38 a.m.

From his high-rise in Arlington with a view of the Pentagon, he said he saw Pentagon Force Protection Agency officers “converging” on the Pentagon Transit Center.

Statter captured video showing what appeared to be two people on the ground near a Metrobus being treated by first responders.

The incident spurred a series of Metro delays Tuesday that rippled across the system for hours.

The 7M bus has relocated to southbound S. Hayes Street at 12th Street and is running its regular schedule. Route 14 (Pentagon Rosslyn) and Suffolk Express are suspended Wednesday.

It is recommended that Metro riders use Pentagon City as an alternative. Metrobus service that normally runs to the Pentagon Transit Center is also being detoured to Pentagon City.