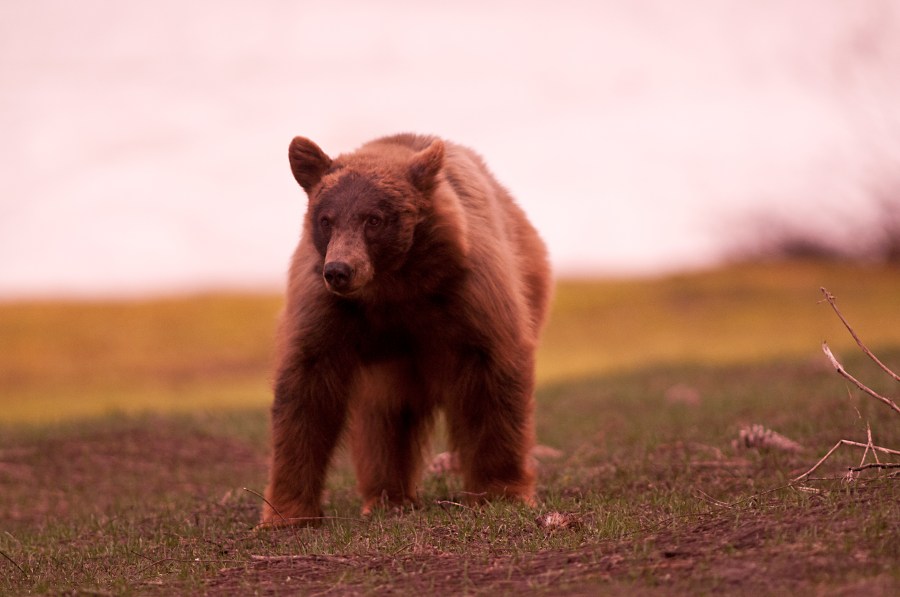 Sheriff’s deputies have released additional details about the June shooting of a bear at a rental home near Lake Tahoe in an effort to dispel what they say is misinformation about what led to the animal’s death.

The man said he shot the bear in self-defense after the animal pushed him to the ground inside the residence he was renting in Meyers, California, the El Dorado County Sheriff’s Office said in a statement on Tuesday.

He was visiting the area and not an off-duty law enforcement officer, as has been suggested by some, it said.

“Contrary to speculation on social media, it should be known the man who shot the bear is not employed as a law enforcement officer and is in no way affiliated with a law enforcement agency,” the sheriff’s office said. “He is a private business owner from out of the Tahoe area.”

The Tahoe Daily Tribune first reported the sheriff’s update on its website Tuesday. The man’s name has not been released.

The sheriff’s office didn’t provide any details about the social media posts.

But the BEAR League, a bear protection group based in Homewood, California, said on its Facebook site on Tuesday it removed a post regarding the shooting because many people started “commenting/speculating with names of officers whom they claimed were involved in the shooting.”

The league said it stood behind its original criticism of the investigation of the incident but that individuals named in the subsequent comments by others “had nothing to do with the crime.” Later, “others jumped on board and were demanding that horrible things happen to whoever shot the bear (we call that terrorism),” the BEAR League wrote.

It added in its latest post that began, “Dear Bear People,” that “all of us fully support and honor our sheriff and police departments.”

Is Russia getting ready to invade Ukraine?

A Washoe County judge in Reno issued a protective order in 2018 requiring a bear protection advocate to stay away from a longtime state wildlife biologist after he filed a defamation suit against the BEAR League and others accusing them of harassing and inciting violence against wildlife officials.

The Nevada Supreme Court later ruled in a related appeal that social media comments posted on the league’s site that referred to the biologist as a “murderer” were protected as free speech.

The sheriff’s office said in Tuesday’s statement the man shot the bear on June 24 after he returned to the home at about 10:30 p.m. He heard someone or something in the upstairs level and went to retrieve his firearm, which he lawfully possessed and had appropriately registered, it said.

When he returned, the bear faced him on a staircase, raised up on its hind legs and pushed him to the floor, according to the statement. With the bear standing over him at the base of the stairs, he shot it. He said he fired additional shots as the bear thrashed around downstairs. The bear finally fled through a sliding glass door, the sheriff’s office said.

The BEAR League said it continues to demand that charges be filed when the probe ends.

“There is no evidence we have seen that this man was ‘attacked’ or ‘threatened’ by this bear. He had no injuries whatsoever,” the group said.

Rihanna is officially in the billionaires club

Netflix developing a movie based on friendship that…

Is Russia getting ready to invade Ukraine?