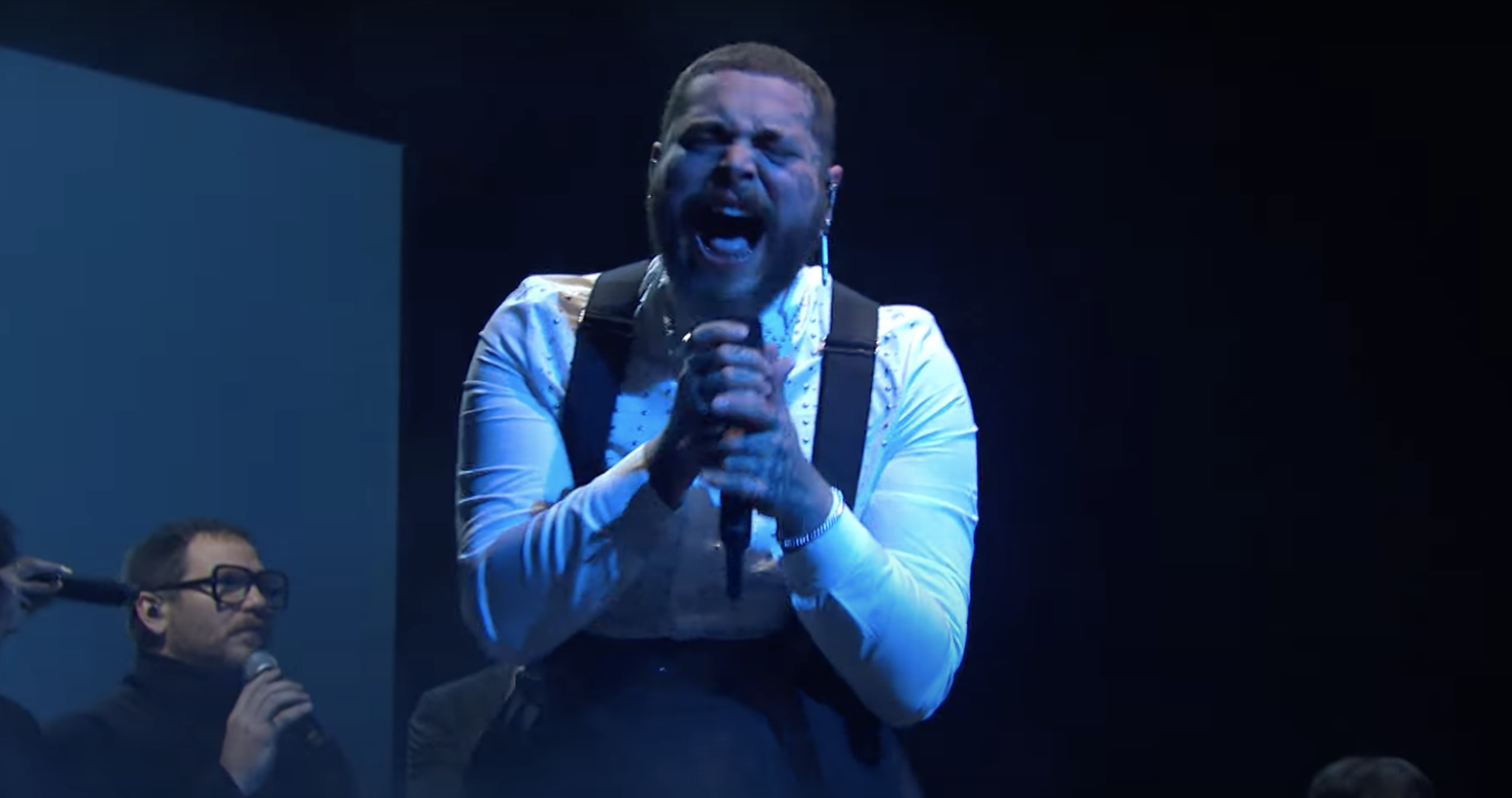 Post-pandemic Posty is here — and just in time for rosé season.

The Grammy-nominated rapper performed on Saturday Night Live as the musical guest in anticipation of his forthcoming album, Twelve Carat Toothache, which arrives June 3. The album is Malone’s first since his 2019 juggernaut Hollywood’s Bleeding.

The first song Malone performed was the bruising new single, “Cooped Up.” Malone touchingly brought out his friend and collaborator Roddy Ricch, which felt like a victory since Ricch’s SNL performance that was scheduled for earlier in the season got bungled due to a COVID-19 exposure. Bleachers performed as a replacement for Ricch.

Malone ended the show with a passionate new song from Toothache called “Love/Hate Letter to Alcohol.” The stage was enveloped in smoke and Fleet Foxes. The indie group stood in Gregorian-chant formation around Malone, who wore a school uniform a la Lydia Deetz from Beetlejuice and two silver bullet earrings dangling beside his mutton chops.

“I thought I died,” the singer-rapper bellowed glitchily into the mic, his body doubled over with each bar. “Why’d you have to go and fuckin’ ruin my night?”

If this performance is any indication of what’s to come for Post Malone, it seems the beerbongs and Bentleys have gone Biblical.

Jeff Bridges is loving life after being ‘close to dying’…