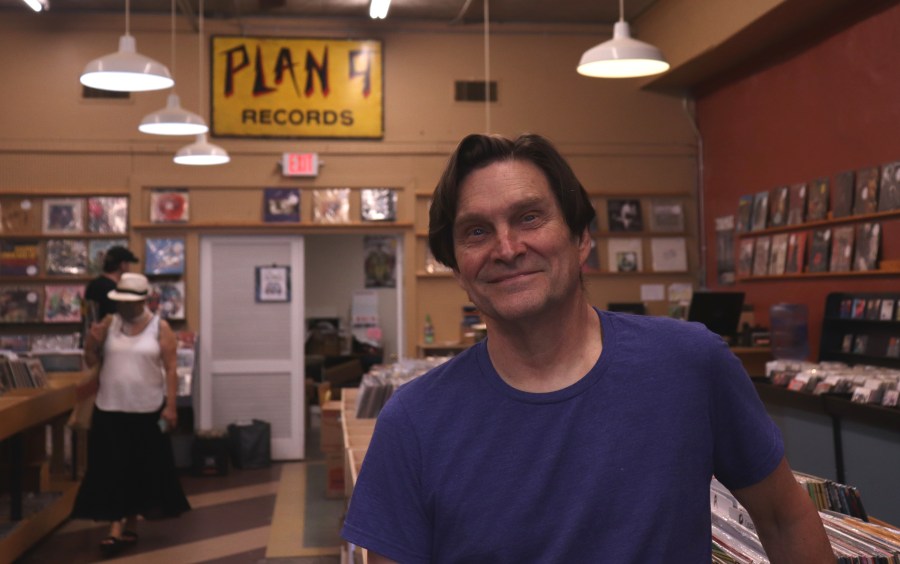 RICHMOND, Va. (WRIC) — Plan 9 Music is celebrating its 40th Anniversary and 14th annual Record Store Day this weekend. And in those 40 years, there’s no telling how many records have been played while music fans shopped and discovered their next favorite album.

Owner and lifelong music lover Jim Bland says the key to running the business is being willing to change.

“You can’t just keep doing the same old thing, you have to be willing to change that, you know,” Bland said, “Our business has changed a lot over the years.”

Over the store’s 40-year lifespan, music consumers went from buying new vinyl records to purchasing all of their music on CDs and then moved to streaming. As CDs fell out of fashion and streaming became commonplace, many people also came back to records.

“CDs didn’t take off until about the time we opened and then took over completely to where there were no new releases coming out on vinyl and very few exceptions,” Bland explained.

The Great 8: Popup Market at the Diamond, Welcome Back to Outdoors and more

As music trends change, Plan 9 acts as a middleman to help people curate their collections. In addition to selling new and used items, the store purchases used CDs and records from people.

For the last 15 years or so, Bland said customers have really been looking for vinyl again. This year is Plan 9’s 14th annual Record Store Day — an event that started a few years after vinyl had regained a following.

He said that listening to music on vinyl is a different experience from streaming.

The great sound quality and the ability to build a collection of records stands out to Bland. He said there is something really special about playing a record on a turntable and sharing that experience with other people.

“You’re going to share, you’re playing it over speakers, you’re sharing it with friends,” Bland said. “It is part of that package records offer.”

The same vinyl experience that speaks to Bland also appears to capture attention from Richmonders.

Plan 9 started in Carytown and has always had a location in the neighborhood. The record store has also temporarily opened up locations in some of Virginia’s other college towns, like Charlottesville. At one point, Plan 9 had a second Richmond location on Midlothian Turnpike.

However, the Carytown store has always been Plan 9’s strongest performing, according to Bland. He said something about the store spoke to Richmond and it has done well among art school students and alternative crowds. Even when Plan 9 first started in the city and there were more record stores in town, they found their niche.

He hopes vinyl’s strong comeback will carry them through more years and to their 50-year anniversary. Even as most people stream or download their music, Bland says Plan 9’s used CD business is still thriving as well.

“We’re fortunate that we have a lot of people, a lot of this community, who love owning music in whatever format,” Bland said.

Bland has invited the community to share their Plan 9 memories on a 40th anniversary Facebook page. The response has been huge with hundreds of people posting on the page.

“I think music is kind of an all language kind of thing. It speaks to the soul,” Bland said. “And no matter what you like, you know, you’re touched by music and we love sharing that with our customers.”

Bland says it’s been gratifying to see the store have an impact on multiple generations. Some people have reached out to share that they shopped at Plan 9 and now their kids do too. Others shared stories and memories from some of their favorite Plan 9 events like live concerts featuring bands like the Drive-by Truckers.

Coming up on Saturday, July 17, Bland expects a big crowd for their Record Store Day event. The annual event gives customers the opportunity to shop for things they may have never found otherwise. There will be over 150 limited edition vinyl releases up for grabs.

Show Some Love to your Water Source this Valentine’s Day!

WHO: COVID deaths dropped by 21% last week but cases rising

WHO: COVID deaths dropped by 21% last…