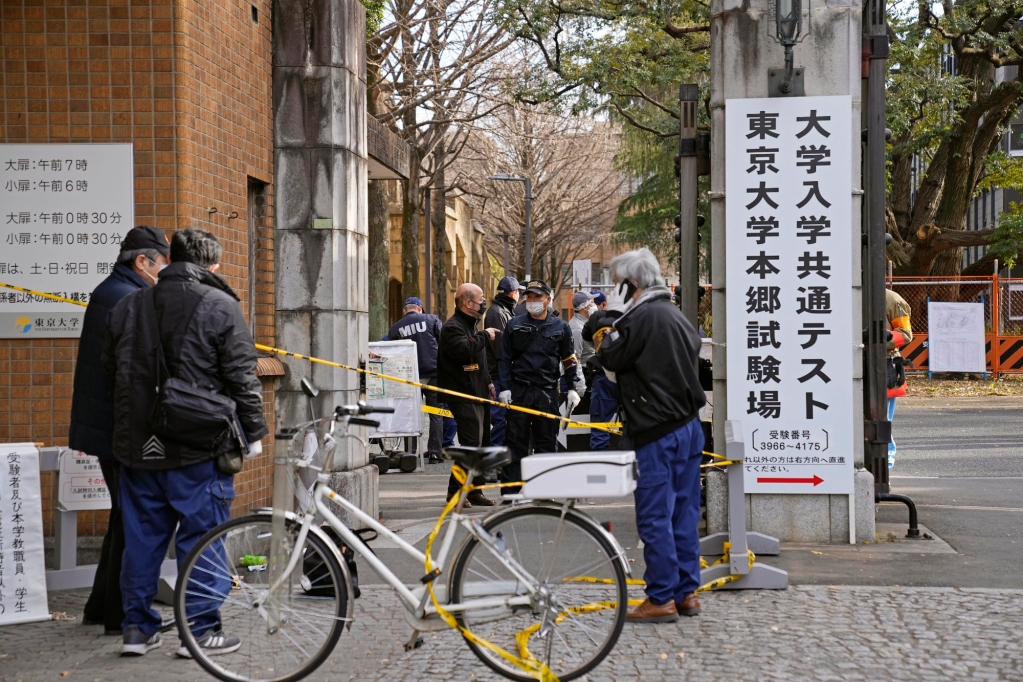 Three people, including two students on their way to take university entrance exams, were stabbed Saturday just outside of a test venue, and authorities arrested a 17-year-old student at the scene on suspicion of attempted murder, Tokyo police said.

The victims — two 18-year-old high school students and a 72-year-old man — were all conscious and their injuries were not life-threatening when they were rushed to a hospital for treatment, police said. But the elderly victim was later in serious condition, local media reported.

Police said the attacker, who was identified only as a high school student from the central Japanese city of Nagoya because he is a minor, slashed the three people in their back on a street just outside of the University of Tokyo’s main campus, one of the venues for Japan’s two-day nationwide entrance exams this weekend.

Police said they are investigating the attacker’s motives. He was not taking the exam. Police are also looking into a small fire at a nearby subway station that occurred just before the attack. The suspect claimed to be responsible for the subway station fire, according to local media.

The teenage attacker told police he was struggling with his academic performance and that he wanted to kill himself after committing the crimes, NHK public television reported.

About 3,700 students attended Saturday’s exams at the University of Tokyo and they began as scheduled despite the attack.

Violent crimes are rare in Japan but there have been a series of random knifing and arson attacks in recent months.

In December, 25 people were killed in an arson attack at a mental health clinic in Osaka, in which a suspect also was badly injured and later died. In October, a 24-year-old man dressed in a Joker costume from the Batman movies stabbed an elderly man and started a fire on a crowded train car in Tokyo, injuring more than a dozen people. In August, a 36-year-old man wounded about 10 people in a knife attack on another Tokyo commuter train.