Taliban sitting on $1 trillion in iron ore, copper and gold 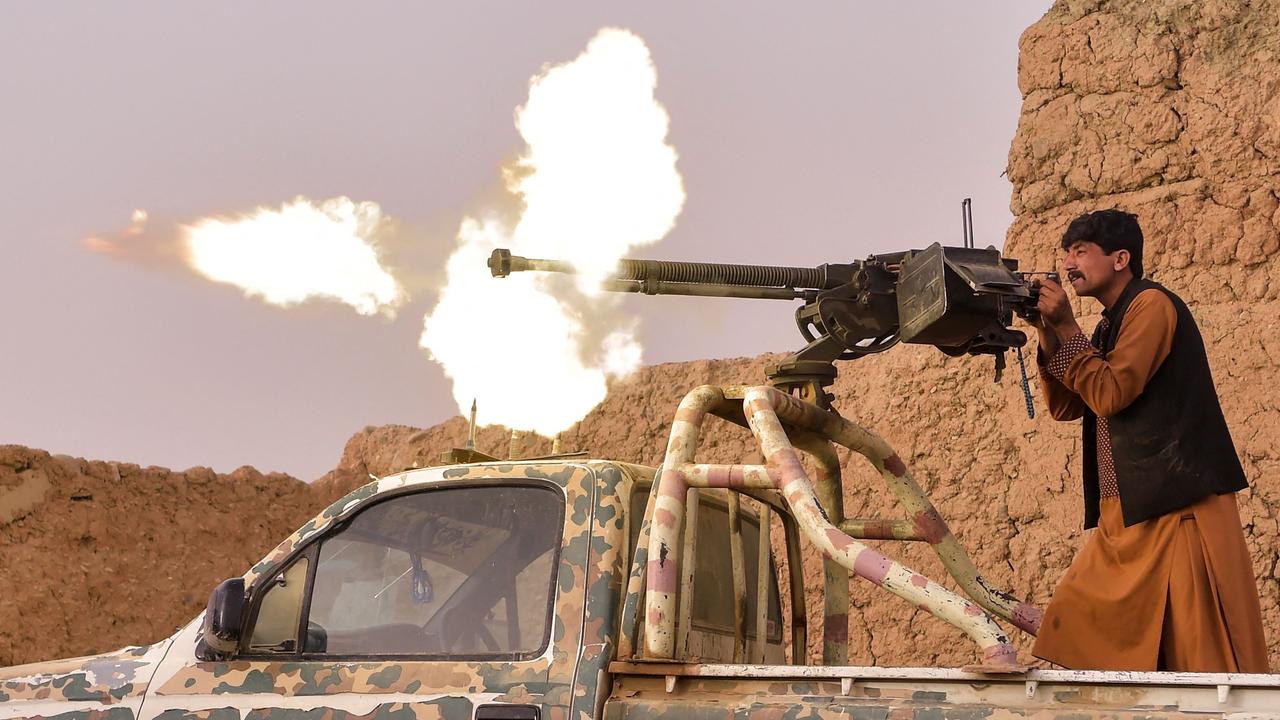 The Taliban is now sitting on a fortune so vast that it could fund and win them wars for decades to come.

The Taliban is sitting on a fortune so vast that it could fund and win the group wars for decades to come.

It took the Taliban less than two weeks to seize control of Afghanistan again after US troops withdrew, officially taking over the country last week.

It’s sparked some confronting scenes including desperate people falling off an aeroplane’s wings as they tried to escape and 640 crammed into the cargo space of a plane as they fled.

Now that the Taliban controls the country, it’s sitting on iron ore, copper and gold deposits that the Pentagon estimates are worth more than $US1 trillion ($1.38 trillion).

That’s a scary prospect considering they pulled off winning a war with just $US1.6 billion ($2.1 billion).

That number is set to increase almost 1000 times in coming years as it exploits the country’s rich mineral deposits, according to US military officials.

One expert says it will take just a decade for the Taliban to become an economic powerhouse.

In the past, corruption, remoteness and the threat of insurgency has made it difficult to extract valuable minerals from the ground.

But that’s expected to change with Afghanistan unified under the Taliban.

Said Mirzad from the US Geological Survey said the region could quickly see an economic boom.

“If Afghanistan has a few years of calm, allowing the development of its mineral resources, it could become one of the richest countries in the area within a decade,” he wrote in Science Magazine back in 2010.

Afghanistan’s provinces are peppered with iron, copper and gold.

The country is also believed to have one of the world’s largest deposits of lithium – which is needed for batteries in electric cars.

World demand for lithium is expected to grow more than 40 times by 2040 as electric cars become more widely bought, according to the International Energy Agency.

Afghanistan’s mining industry isn’t reaching its full potential at the moment, with CNN reporting that minerals only generate $US1 billion ($1.38 billion) for the country per year.

The Taliban was already making money from mining prior to its ascension to power, but nowhere near as much.

Mining iron ore, marble, copper, gold, zinc and other metals and rare-earth minerals in mountains in Afghanistan earned the Taliban an estimated $460 million a year, according to NATO figures.

The group already had $2.1 billion in its coffers from drugs, donations and real estate among other things and that number is set to grow.

Those numbers weren’t because the Taliban itself was mining – it was from companies paying the group so that it wouldn’t interfere and instead allow them to keep operating.

The extremist organisation has also raked in $US416 million from the opium trade and $US240 worth of charitable donations in the past year.

Exports also added $US240 million to the Taliban’s bank balance, while real estate accounted for $US80 million, according to Taliban finance expert Hanif Sufizada from the University of Nebraska Omaha.

The Best Gaming Desks in 2021 for Your PC Setup