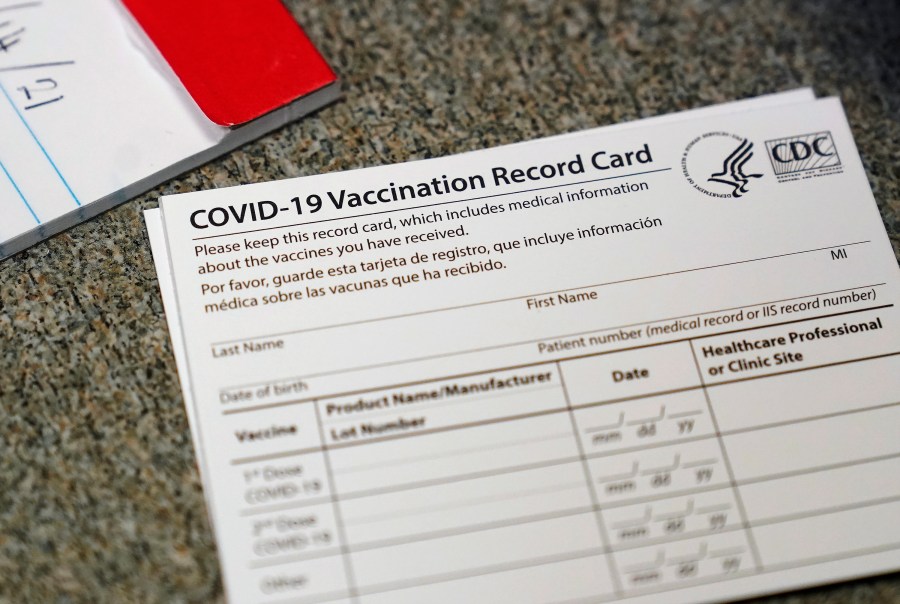 (NEXSTAR) — Governor Greg Abbott’s new executive order banning all entities from mandating the COVID-19 vaccine is adding confusion to some Texas businesses that will soon have to follow a Biden administration vaccine mandate.

Vijay Patel is CEO and president of Humble Origins Hospitality, a group that owns and operates several Austin-area hotels. Patel said he feels stuck in the middle of Abbott’s new executive order and the Biden administration’s rules on vaccination policies.

KXAN spoke to Patel in September, shortly after the Biden administration announced it would instruct OSHA to enforce a rule requiring private businesses to mandate vaccinations if they have 100 or more employees. Patel manages more than 150 employees and said he didn’t initially feel comfortable with forcing it on his staff – although he says the vast majority already are vaccinated.

“We already strongly recommend our staff get vaccinated. It’s their choice if they do or don’t,” Patel said in September.

President Biden’s vaccination-or-regular testing requirement could be finalized as early as next week, pending a final White House review, according to NBC News.

Critics of Abbott’s latest move claim it goes against his previous stance on private businesses. At a press conference in March, Abbott announced that businesses “get to choose to operate… the way they want to.”

Republicans say Abbott’s order does away with the “overreach” by President Biden. While Patel doesn’t fully agree with the vaccination mandate for businesses, he’s not sure the Republican governor’s solution was the right approach either.

“Perhaps the intention was, ‘let’s get government out of business.’ But instead, government came into business with this new executive order, which is you’re no longer required to mandate vaccination,” Patel said.

“People in this state do not like – and Americans in general – do not like being compelled and told what they must do, especially when they believe it violates or intrudes upon their specific rights as an individual,” Oliverson said.

Democrats, however, said private businesses should be able to require vaccines to promote a safe workplace.

“We don’t need to be eliminating anything in their toolbox to run their business to give them an opportunity to succeed and survive this very hard time,” said Rep. Eddie Lucio III, D-Brownsville.

However, other companies have taken a different approach. Texas-based American Airlines and Southwest Airlines said they will continue to mandate their employees to receive the COVID-19 vaccine despite Gov. Abbott’s recent announcement.

Patel said he will continue to promote the vaccine for his employees but wait until further guidance on what he must do legally. But ultimately, he said he just wants control to choose what is best for his group.

Two months after US withdrawal, some 300 Americans…