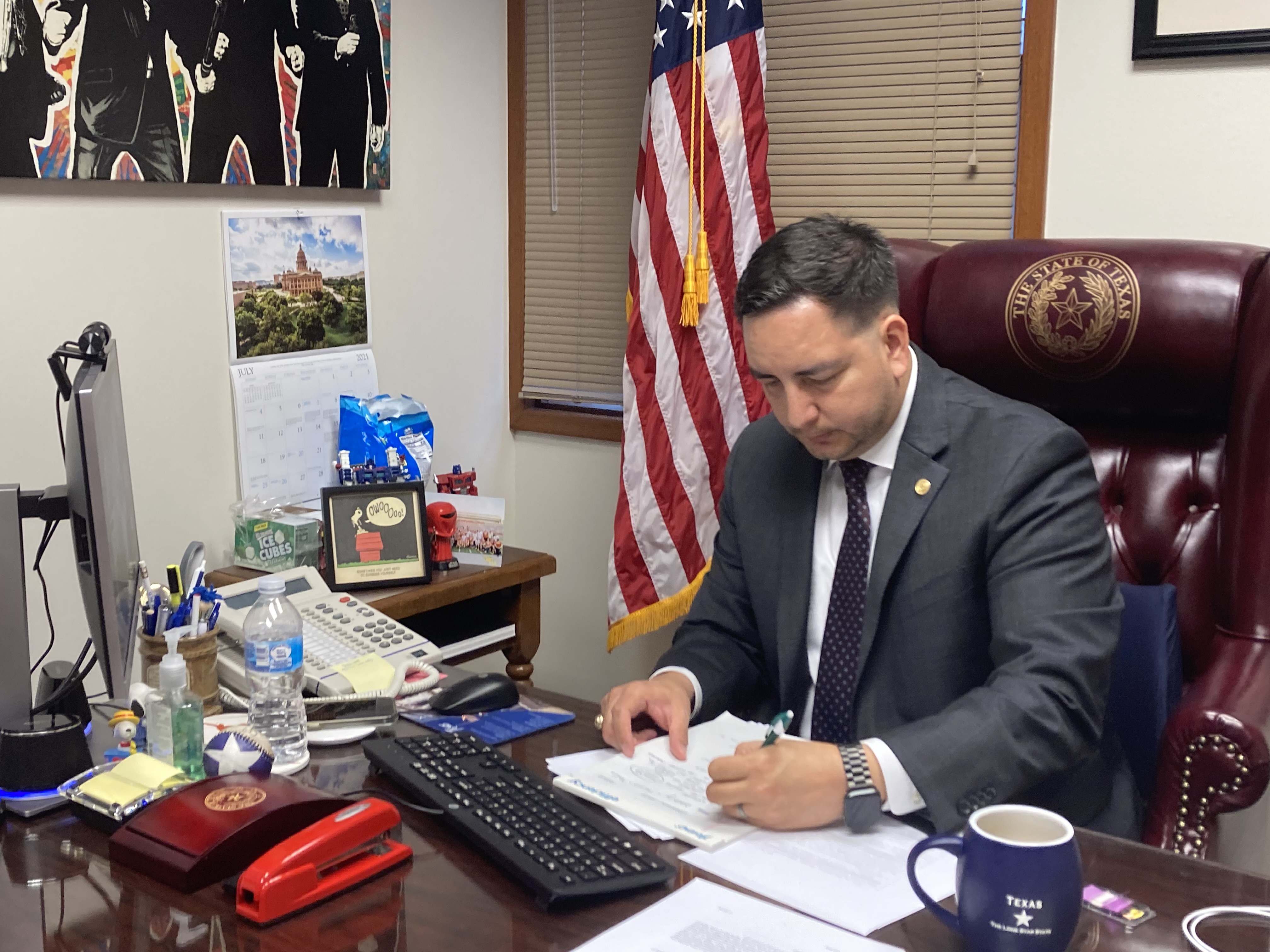 AUSTIN (KXAN) — Some Texas House Democrats in Washington, D.C. are calling on their colleagues — who left the nation’s capitol this week and returned to Austin — to come back and stand in solidarity against GOP-led voter legislation.

State Rep. Philip Cortez of San Antonio issued a statement Wednesday on his return to Austin, saying Democrats need to fight the battle in both Texas and D.C. He said he’s made progress in discussions with Republicans.

“A small working group of Democrats then asked me to return to Texas to maintain open communication lines across the aisle. I returned to Texas to continue my work from Washington, D.C., and so far, I have successfully facilitated bi-partisan discussions with my colleagues. Despite my departure from Washington, D.C., I remain supportive of the efforts made by my colleagues.”

In a statement provided to KXAN, Republican Chairman Andrew Murr, author of House Bill 3, said he and Cortez had “frank, candid discussions” about the concerns Democrats have with the legislation.

Murr went on to say, “Phil Cortez and I will likely never see eye-to-eye on this election legislation, but he will have a seat at the table to fight for his district, because he is willing to defend their beliefs in the chamber of the Texas House.”

But Cortez’s fellow Democratic colleagues are urging him to return to D.C.

“I’ve encouraged [Cortez] to return to the 50 plus members of the House Democratic Caucus who are here at the nation’s capital breaking quorum,” said Rep. Chris Turner of Tarrant County.

On Wednesday in Houston, Gov. Greg Abbott vowed more consequences if the rest of the House Democrats don’t return.

The House Republican Caucus is now saying it’s on the bubble to reach quorum.

“We are at, I believe 91 as of [Wednesday]. More and more have told us they are returning, and we need to get 100, so we are getting closer every day,” said Rep. Jim Murphy of Houston.

When KXAN asked if more Democrats are returning to the state this week, a source close to the Texas House Democrats told us no.

Britney Spears gets her choice of attorney and calls for her father to be charged with conservatorship abuse – Boston News, Weather, Sports

Ranbir Kapoor Declares Zendaya As His New Crush & We…