The fastest-selling new and used cars in June 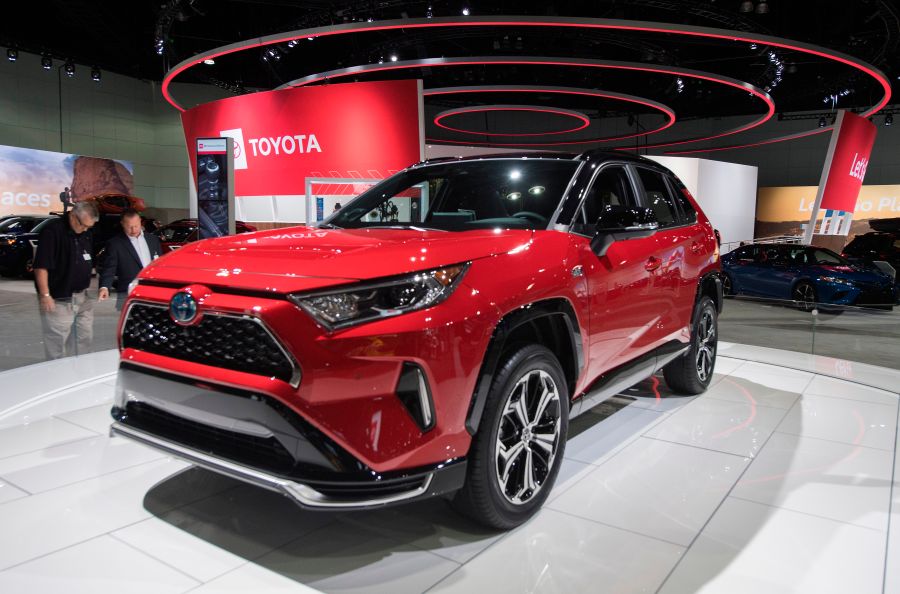 “The microchip shortage continues to impact new and used car sales as production interruptions lower the new car and used car supply and dealers are forced to maintain tight inventory levels,” said iSeeCars Executive Analyst Karl Brauer. “Full-size SUVs have been in high demand since the beginning of the year, and while that trend has continued, we’re also seeing newly introduced alternative-fuel vehicles in high demand.”

iSeeCars identified the top 20 fastest-selling new cars, which sell 2.6 to 4.8 times faster than the average new vehicle and average 12.3 days on dealers’ lots. SUVs comprise the vast majority of the the top 20 list, and hybrid vehicles account for five models.

The fastest-selling new vehicle is the Toyota RAV4, which returns to the list after a three month hiatus. It’s joined by its hybrid variants, the Toyota RAV4 Hybrid in fifth and the plug-in Toyota RAV4 Prime in eighth. “The Toyota RAV4 is the best-selling SUV in America, and demand has grown while supply has contracted,” said Brauer. “The RAV4 line has also seen renewed interest thanks to the success of the RAV4 Prime, which had its best-ever monthly sales in June, leading some dealers to mark up its price due to high demand, and the RAV4 Hybrid, which Toyotota has struggled to keep in stock since its debut in 2016.”

Five additional Toyotas and one vehicle from its Lexus luxury division make the list, including the Tacoma pickup truck, the 4Runner midsize SUV, the Sienna hybrid minivan, the Lexus IS 350 sedan, the Highlander Hybrid midsize SUV, and the Tundra pickup truck. ”While Toyota has better managed the microchip shortage than most automakers, it maintains a tight inventory, especially for its most popular models,” said Brauer. “Despite its lowered inventory, Toyota remains better stocked than competitors, giving consumers an opportunity to choose Toyota over other brands.”

The Kia Telluride midsize SUV maintains its position as a hot-seller for the sixth consecutive month, while the all-new Kia Carnival minivan makes the list for the third consecutive month. “Kia continues to struggle to meet demand for the Telluride two years after its launch, and dealers continue to charge above MSRP because consumers are willing to pay a premium for this vehicle,” said Brauer. “The Carnival multipurpose vehicle functions like a minivan with sliding doors and three spacious rows of seats, but also takes design cues from the Telluride SUV and has been able to capitalize on the SUV’s success.” The Hyundai Palisade, a similar vehicle to the Telluride that’s produced by the Hyundai-Kia automotive group, also makes the list. “Hyundai recently stopped its lease deals and promotional APR offers due to the SUV’s limited inventory,” said Brauer.

The full-size Cadillac Escalade and its extended variant, the Escalade ESV, appear on the fastest-selling list of new cars for the fifth consecutive month. “The Escalade was redesigned for 2021 to make the premium SUV even more luxurious and technologically advanced, helping it dominate the full-size SUV segment as it captures over half of the segment’s market share,” said Brauer.

Two additional SUVs make their debut on the list: the Subaru Ascent and the Land Rover Defender. “Land Rover has had trouble fulfilling orders for the Defender amid the microchip shortage, and production was recently shut down,” said Brauer. “Similarly, production for the Subaru Ascent recently had to halt for two weeks, creating inventory shortages.”

The Tesla Model 3 is the fastest-selling used vehicle and makes the list for the fourth consecutive month. “The Tesla Model 3 has remained popular since its high-profile debut, thanks to impressive technology and performance, plus a relatively affordable price compared to Tesla’s earlier vehicles,” said Brauer. “Used Model 3’s are so popular that consumers are willing to purchase these used cars that were more expensive than new versions of the vehicle.” Two additional Teslas make the list including the Model S and the Model X. “Tesla continues to see record sales growth for its new vehicles, and that popularity extends to the used car market.”

Eight sports cars and sporty sedans make the list including the MINI Convertible, the Mazda MX-5 Miata, both the coupe and convertible versions of the Chevrolet Camaro, the Chevrolet Corvette, the BMW 4 Series, the BMW 2 Series, and the Subaru WRX. Brauer commented, “Sports cars were a popular vehicle segment throughout the pandemic, and their popularity has continued as consumers have a heightened appreciation for living life to the fullest.”

The Kia Telluride also makes the list, and it is joined by a similar vehicle from the same manufacturer, the Hyundai Palisade. “These vehicles debuted for the 2020 model year and are in limited supply in both the new and used car marketplace,” said Brauer. “Given the markup and scarcity of new Kia Tellurides, used versions are appealing to consumers unable to locate a new model.”

Three hybrid vehicles make the list: the Honda Clarity Plug-In Hybrid, the Toyota Highlander Hybrid, and the Honda Insight. “The Honda Clarity debuted in 2018, while the Honda Insight debuted in 2019, so used versions are just now becoming available,” said Brauer. “Hybrid vehicles have been in high demand both as new and used cars, and that demand has intensified as gas prices continue to rise.”

“Car buyers who are making a new or used car purchase might have difficulty finding the most in-demand vehicles, and may end up paying a premium for them in the used car marketplace,” said Brauer. “Vehicle inventory is expected to remain tight for the remainder of the year, so consumers who are in the market for one of these fast sellers will need to act quickly when they see their target car for sale.”

iSeeCars analyzed the data geographically to find the fastest-selling new cars in the top 50 most populous metro areas.

iSeeCars.com analyzed over one million new and used car sales (model years 2016-2020 for used cars) from June 2021. The number of days that each car was listed for sale on iSeeCars.com was aggregated at the model level, and the average days on market for each was mathematically modeled. Heavy-duty vehicles, models no longer in production prior to the 2021 model year, and low-volume models were excluded from further analysis.

iSeeCars.com is a car search engine that helps shoppers find the best car deals by providing key insights and valuable resources, like the iSeeCars free VIN check reports. iSeeCars.com has saved users over $303 million so far by applying big data analytics powered by over 25 billion (and growing) data points and using proprietary algorithms to objectively analyze, score and rank millions of new cars and used cars.

This article, The Fastest-Selling New and Used Cars in June, originally appeared on iSeeCars.com