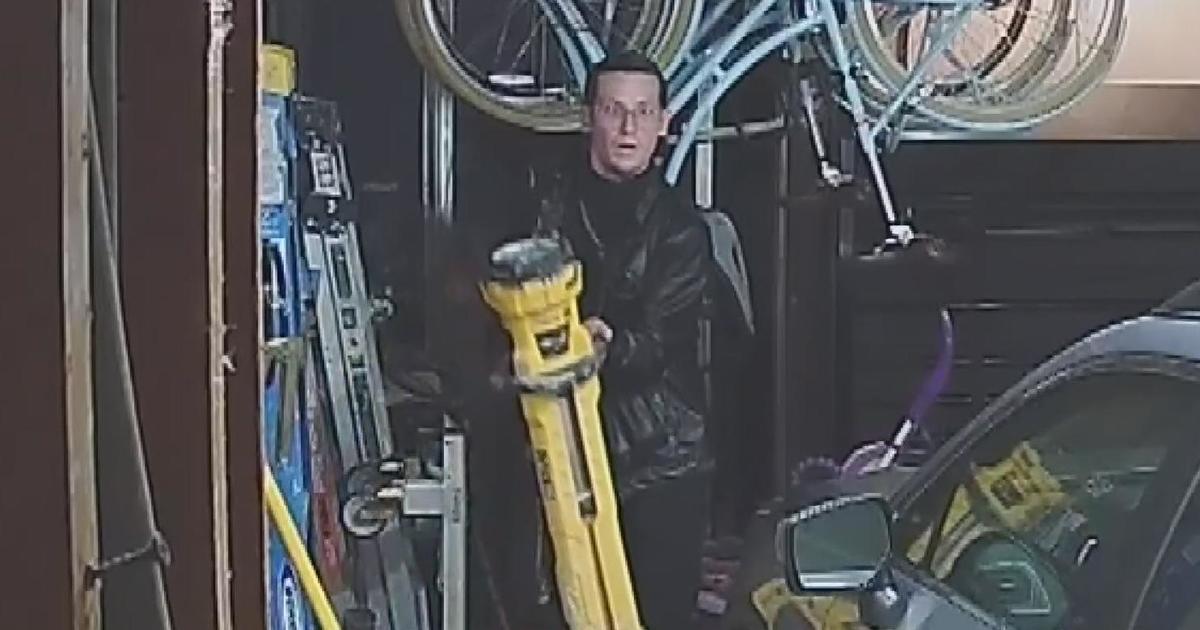 SAN FRANCISCO — A pair of thieves appear to hit one residential garage three times in a matter of hours last week in San Francisco’s Marina District.

Home surveillance video shows two men walking along Divisadero Street just before 3 a.m. on September 20. After noticing a slightly open side door, they turn around and make their way in.

They wander into a garage. One man in a red hat grabs power tools, while the other takes a tripod light. All of it was captured on multiple cameras. While the men seem to notice the cameras, it doesn’t deter them.

About an hour later, it appears the same pair of thieves return. This time they’re wearing face masks, seemingly to get what they couldn’t carry the first time.

They left with golf clubs, baggage, and a large saw. But they didn’t stop there. One of them stole the garage door opener and a spare car key.

Two hours later, a man in a hoodie and mask, drives off with the couple’s car.

“About 5:45 [a.m.] they came back and helped themselves to the car and didn’t even shut the garage,” said Marvin Benedict, whose garage was targeted.

“They actually came in from the outside, just walked back because they had found the garage door opener and came in, and backed the car out, and we actually had another car blocking the driveway, but that didn’t even deter them. They just kind of backed out and away they went,” said Amanda Benedict.

All the while, the couple was inside their home.

“It’s scary. We have a daughter that’s 2 1/2. You want the best for your children and your family and your community, everyone around us too,” said Amanda.

After burglars hit the family twice in early 2020, making off with a stroller and Vespa that was parked outside their home, they installed cameras. Ever since, they say they’ve noticed troubling activity in the overnight hours in the neighborhood every night.

This time, the couple said San Francisco police recovered their stolen car two days later in the Tenderloin. The car had been ticketed by the city and ended up in a tow yard.

“It was clear that people were living in it and doing drugs and other substances,” said Amanda.

“There were multiple hypodermic needles, tie-off bands, significant amount of fluids, they had tried to take out all the speakers,” added Marvin.

The Benedicts have since installed an extremely loud alarm in the garage. They are sharing their experience in hopes other residents will be more vigilant and report crimes when they are victimized.

“I would never walk my daughter after ten o’clock out here. It’s a nice neighborhood. I’d like to think it’s safe, but there’s definitely reasons that I wouldn’t do that,” said Marvin.

“I hope that people are aware that it’s happening. It’s unfortunate but it is, but that it also creates a sense of community, where we stop and take care of each other,” said Amanda. “Lastly, the more we make people aware, hopefully the city will start doing more.”

Betty Yu joined KPIX 5 in November 2013 as a general assignment reporter. She spent two years at WTVJ, the NBC-owned station in Miami, as a reporter before moving to San Francisco.

Want to truly have empathy for animals? Stop owning pets |…

Want to truly have empathy for animals?…

What does January jobs report mean for…