Thousands of travellers left stranded after flights out of Sydney cancelled 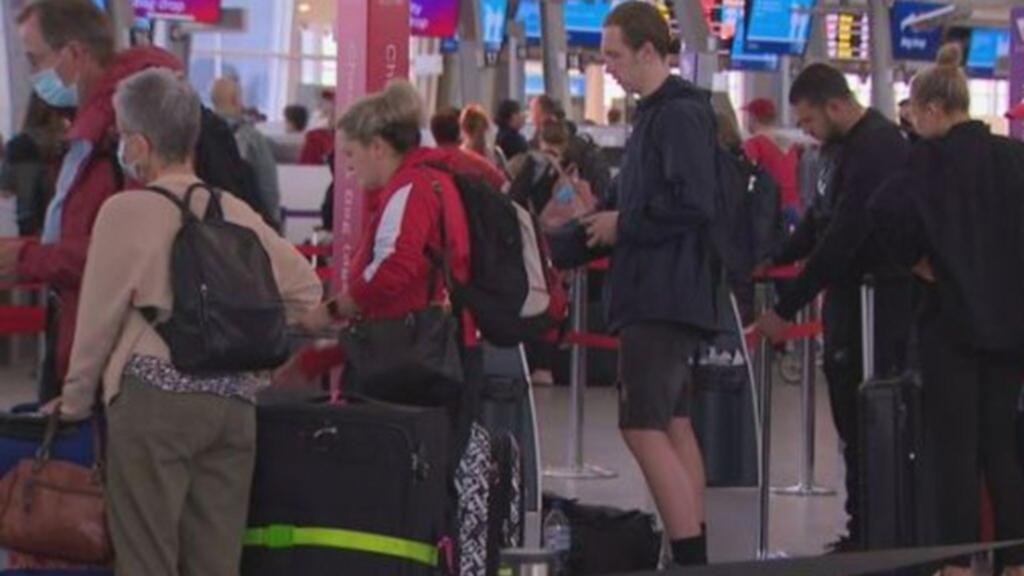 Travellers have been left disappointed after arriving to Sydney airport with more than 40 flights cancelled across domestic airlines throughout the entire day.

Australians are taking advantage of Thursday’s National Day of Mourning coinciding with the beginning of the school holidays, with thousands of people planning to fly out of Sydney.

Thursday’s public holiday also coincides with the AFL grand final in Melbourne on the weekend, with Victorians also having Friday off.

However, their plans were ruined after 45 flights were cancelled from Sydney Airport from 6am right through to 7.30pm.

Up to 41 arriving flights into Sydney have also been cancelled.

The airport claims bad weather and strong winds are to blame for the disruption.

“In anticipation of bad weather today, domestic airlines advised overnight that some services would be affected,” Sydney Airport said in a statement.

“Passengers are advised to check with their airline regarding the status of their flight.

“Passengers who are travelling today are recommended to arrive two hours prior to domestic flight departures, and three hours for international services.”

Head of Media and Communications, Josh Clements, told 2GB’s Ben Fordham the decision was made on Wednesday night.

Air Services Australia got in touch with the airport and said it was possible the airport may have been forced to use just one runway.

“The airlines looked at their schedules and chose to cancel some flights,” Mr Clements said.

He said the affected airlines, which includes Qantas, Jetstar, Virgin and Rex, are working to put travellers on new flights.

After considering what would be the best option for customers, the airport chose to cancel 45 flights.

“The alternative was to run the gauntlet and let people turn up and be disappointed,” Mr Clements said.

Mr Clements said Friday is expected to be even busier with the start of the school holidays and 2.4 million people expected to travel through the airport.

He is urging travellers flying domestically to ensure they arrive two hours ahead of their flight.

The massive numbers prompted a contingency response, with up to 100 extra staff brought on board at Sydney Airport to help manage passenger flow, but there are still thousands of jobs to fill.

‘Best Before’ labels scrutinized as food…