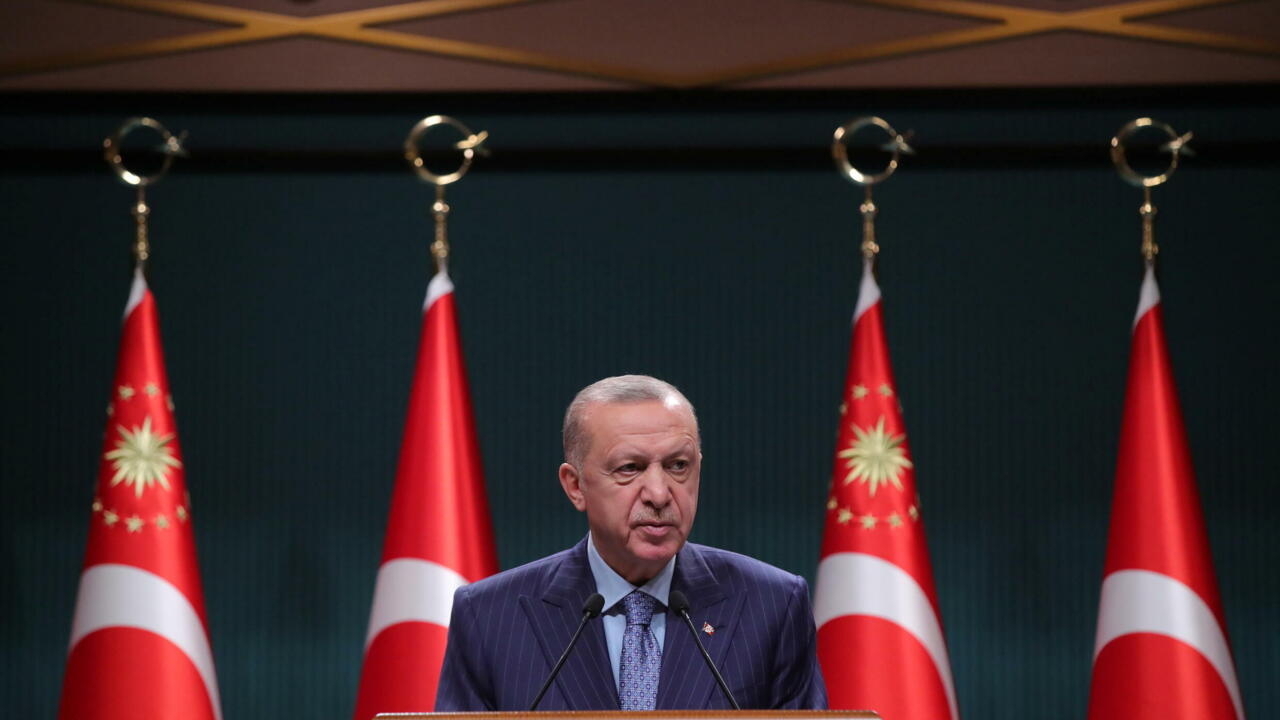 Turkish President Recep Tayyip Erdogan rowed back on Monday from his threat to expel 10 Western envoys over their joint statement of support for a jailed civil society leader.

The reversal came after the United States and several of the other concerned countries issued identical statements saying they respected a UN convention that required diplomats not to interfere in the host country’s domestic affairs.

After chairing an hours-long cabinet meeting devoted to the diplomatic standoff, Erdogan said the envoys had learnt their lesson and “will be more careful now”.

“Our intention is absolutely not to create a crisis but to protect our honour, our pride, our sovereign rights,” Erdogan said in nationally televised comments.

The lira pulled back from a historic low and was trading up half a percent against the dollar on relief that Turkey and the West had pulled back from the brink of the most serious diplomatic crisis of Erdogan’s 19-year rule.

Erdogan had originally threatened the ambassadors on Thursday and then doubled down — pronouncing the 10 envoys “persona non grata” — in televised comments on Saturday.

Diplomats said the expulsions would have been unprecedented in relations between fellow NATO member states.

The crisis started when the embassies of the US, Germany and eight other countries issued an unusual statement last Monday calling for the release of jailed philanthropist Osman Kavala.

The 64-year-old civil society leader and businessman has been in jail without a conviction for four years.

Supporters view Kavala as an innocent symbol of the growing intolerance of political dissent Erdogan developed after surviving a failed military putsch in 2016.

But Erdogan accuses Kavala of financing a wave of 2013 anti-government protests and then playing a role in the coup attempt.

Kavala’s case could prompt the Council of Europe human rights watchdog to launch its first disciplinary hearings against Turkey at a four-day meeting ending on December 2.

Yet analysts pointed out that several European powers — including fellow NATO member Britain — refrained from joining the Western call for Kavala’s release.

“The conspicuous absence of the UK, Spain, and Italy… is telling, pointing at the emergence of a sub-group within the Western family of nations adept at skipping confrontation with Ankara,” political analyst Soner Cagaptay wrote.

Erdogan’s rule as prime minister and president has been punctuated by a series of crises and then rapprochements with the West.

But analysts felt that if the expulsion threat was carried through it could have opened up the deepest and most lasting rift to date.

The row looked set to affect a G20 meeting in Rome this weekend, at which Erdogan had expected to discuss with President Joe Biden his hopes of buying US fighter planes.

Erdogan this month threatened to launch a new military campaign in Syria and orchestrated changes at the central bank that infuriated investors and saw the lira accelerate its record slide.

Turkey’s financial problems have been accompanied by an unusual spike in dissent from the country’s business community.

The Turkish Industry and Business Association issued a veiled swipe at Erdogan last week by urging the government to focus on stabilising the lira and bring the annual inflation rate — now at almost 20 percent — under control.

Main opposition leader Kemal Kilicdaroglu accused Erdogan on Saturday of trying to “create false justification” for Turkey’s economic woes ahead of a general election due by June 2023.

Stellantis targets up to €20bn in…