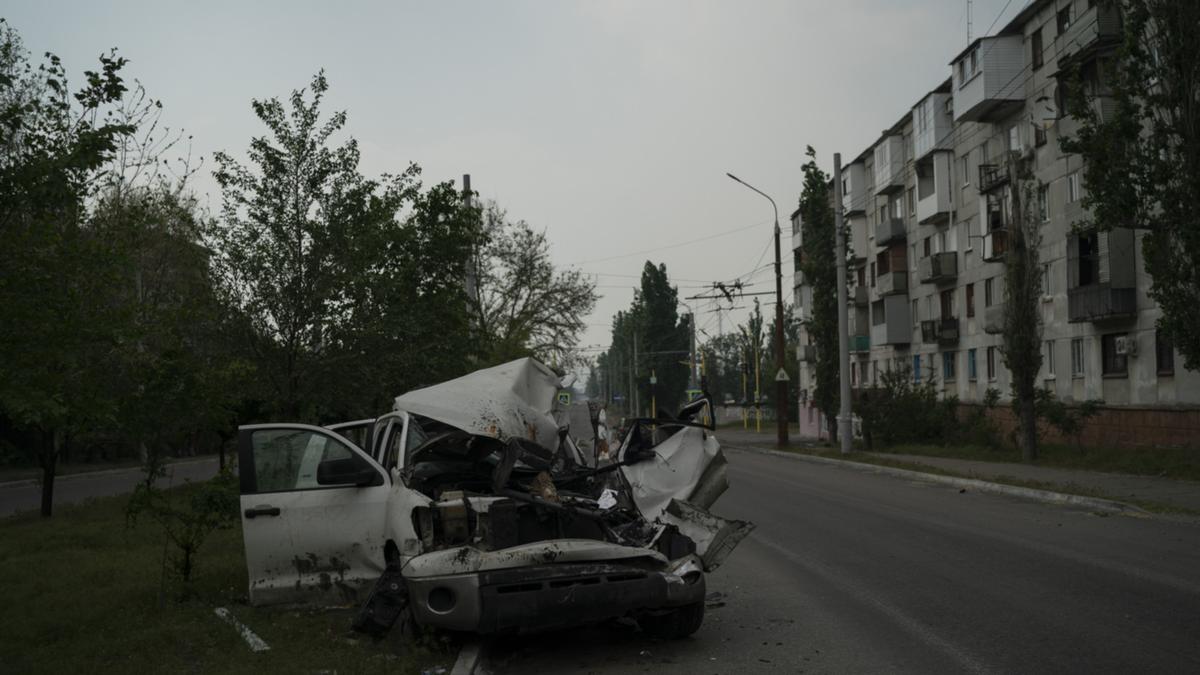 Russian troops last night reached the limits of the eastern Ukrainian city of Severodonetsk – with fears relentless attacks will turn it into “the new Mariupol”.

President Volodymyr Zelensky said Moscow had thrown “all the strength it has left” into attacking the Donbas region and warned: “They want to destroy everything there.”

With residents inside the city now trapped and enduring almost constant shelling, Severodonetsk has been dubbed “the new Mariupol” in reference to the southern port city levelled by Russian bombardment.

The invaders are killing our cities, destroying everything around. The army decided to completely destroy Severodonetsk. They are simply erasing it from the face of the earth.

Moscow’s army has plotted a slow but steady course deeper into Ukraine’s eastern Donbas region since withdrawing forces from central and northern regions to consolidate military efforts in the east.

The Kremlin has seen some of its biggest successes since the first month of the invasion this week as it uses brutal siege tactics to wipe out settlements one by one.

Severodonetsk, with a pre-war population of around 100,000 people, is among key urban hubs in the industrial Donbas region on Russia’s list of military goals.

“The coming week will be decisive,” Mr Haidai said as he accused Russia of piling an “insane” number of troops into eastern Ukraine to “erase” cities and turn the tide of the war.

If Severodonetsk falls, it will give the Kremlin effective control of the province.

Mr Haidai said: “The invaders are killing our cities, destroying everything around. The army decided to completely destroy Severodonetsk. They are simply erasing it from the face of the earth.”

But president Vladimir Putin faced a possible mutiny with separatists from the 4th Infantry Battalion of the 107th Regiment of the Donetsk People’s Republic Army refusing “to go to the slaughter”.

Despite the onslaught, president Zelensky maintained that Russia would have to leave Kherson, Crimea and all occupied territories for there to be peace.

A guide to New England boardwalks

What insurance travelers need — and which to skip