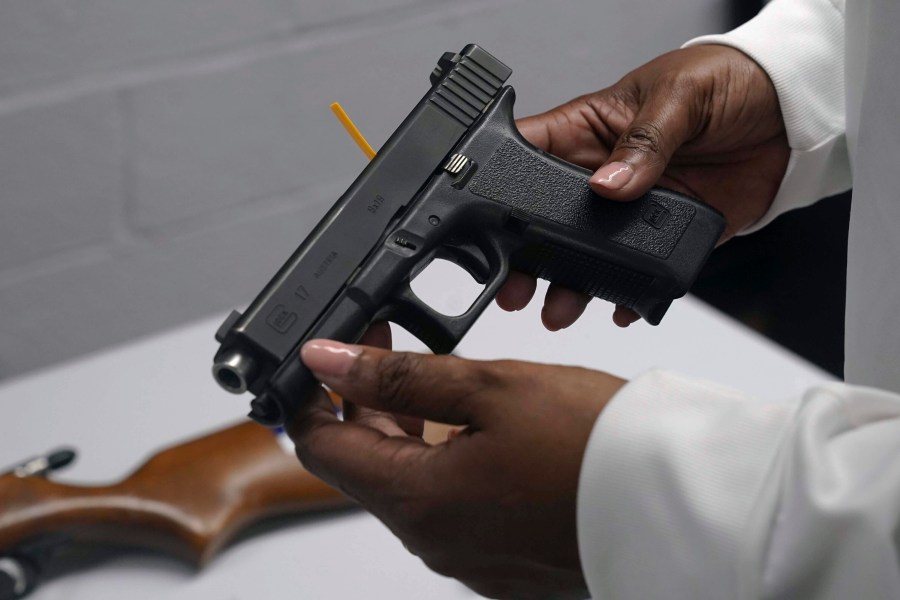 KNOXVILLE, Tenn. (WATE) — An East Tennessee news story was listed as part of a US Supreme Court opinion released Monday in which justices found New York’s handgun-licensing law is unconstitutional.

In July 2020, Jefferson City Police said a woman was walking away from a domestic dispute when she was slammed to the ground and the male began to strangle her. A legally armed bystander stepped in and stopped the assault in the parking lot of a fast food restaurant on Broadway Boulevard in Jefferson City.

WATE 6 covered that story and is referenced in the opinion. Read the story.

The incident is cited by Justice Samuel Alito in his concurring opinion in New York State Rifle & Pistol Association, Inc vs Bruen as an example of how guns provide law-abiding citizens the ability to defend themselves, and says that to remove that ability is unconstitutional.

The 6-3 decision to invalidate New York’s law throws into question the legality of similar restrictions in more than a half dozen other states that give licensing officials wide discretion over concealed carry permitting.

Alito wrote the opinion in response to a lengthy dissent that he says “obscures” what the Court actually decided. That dissent from justices Breyer, Sotomayor and Kagan includes references to mass shootings in recent years — including Buffalo, where Alito points out the New York law under evaluation did not deter the shooter — as well as statistics about suicides by gun, uses in domestic disputes, and statistics on children killed by guns.

“And while the dissent seemingly thinks that the ubiquity of guns and our country’s high level of gun violence provide reasons for sustaining the New York law, the dissent appears not to understand that it is these very facts that cause law-abiding citizens to feel the need to carry a gun for self-defense,” Alito wrote.

Alito writes that the Court did not consider — nor does the opinion address — who may lawfully possess a firearm or the requirements that must be met to buy a gun.

“Today, unfortunately, many Americans have good reason to fear that they will be victimized if they are unable to protect themselves. And today, no less than in 1791, the Second Amendment guarantees their right to do so,” Alito concludes.

Tennessee joined 25 other states in an amicus brief supporting the New York State Rifle & Pistol Association that argued state with objective permits do not have higher crime rate than state with special-need requirements, such as New York.

“I commend the U.S. Supreme Court for recognizing the Constitutional right to bear arms in public for self-defense is not a ‘second-class’ right,” said General Herbert H. Slatery III. “Law-abiding Tennesseans can be assured they have a right to carry a handgun for self-defense outside their homes.”

Spirit of Virgil Abloh lives on at Louis Vuitton in Paris