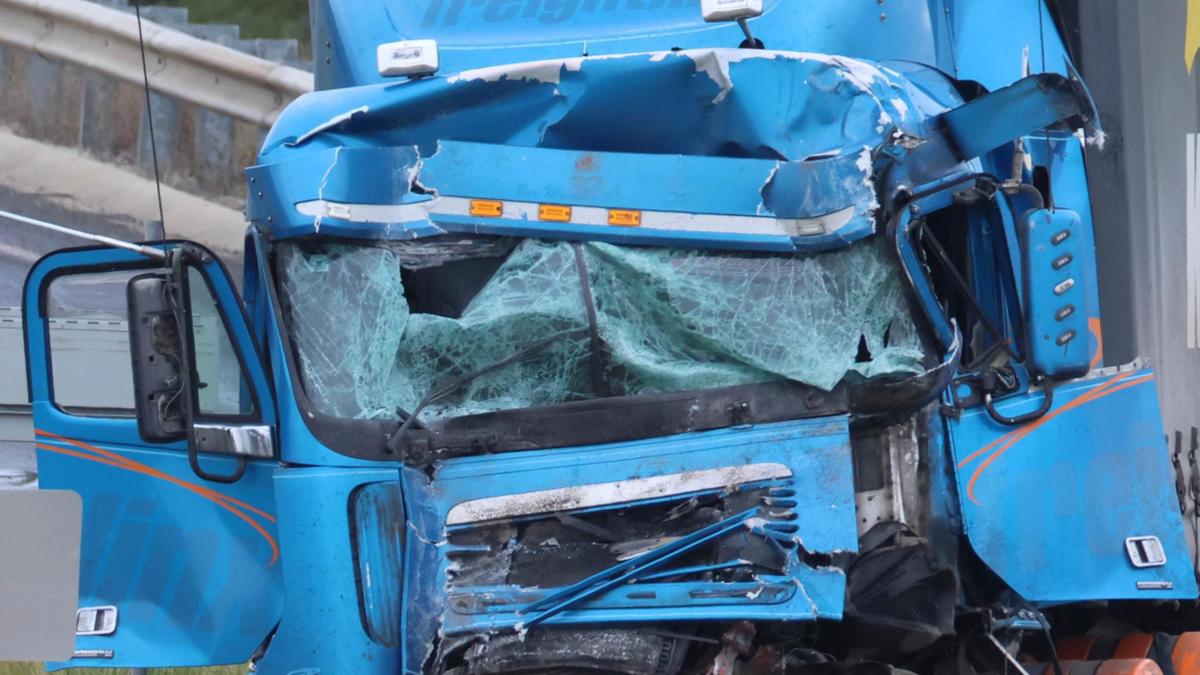 Seventeen people are still in hospital two days after a horror bus crash that seriously injured dozens of students and teachers near Melbourne.

Loreto College Ballarat confirmed 14 students and three staff were still being treated in hospital for the injuries they sustained during the sickening collision in the early hours of Wednesday morning.

“We extend our sincere thanks to all and continue to keep those recovering in our prayers,” the school said in a statement.

“The college and our students, staff and families have been overwhelmed and heartened by your kind words and actions of support.”

While the school expressed gratitude to those in the local community “and beyond” who had shown their support, it cautioned against donating money to online fundraisers set up for the victims.

“Loreto College has been made aware that a Go Fund Me page has been set up using the college logo,” a statement from the school said.

“Loreto College has NOT APPROVED any Go Fund Me accounts and cautions against these sites.”

A GoFundMe spokesperson confirmed the fundraiser has been removed from the site.

Donations to the campaign will be securely held until the site’s trust and safety team can ensure the funds are transferred to the crash victims’ families.

Although it’s not unusual for people to instigate fundraisers on behalf of others, the GoFundMe spokesperson said funds were only released when the person named as the recipient had been thoroughly vetted and verified. Donors are also guaranteed a full refund.

Twenty-seven students and four staff from the school were being driven to the airport in a school bus when it and a B-double truck collided at 3.15am on Wednesday.

The bus came to rest around 25m down a steep embankment beside the Western Freeway near Bacchus Marsh, just west of Melbourne.

The schoolgirls, mostly from year 9 to 11, had been heading to the airport to travel to the US for a NASA space camp.

The harrowing crash occurred in a temporary 40km/h zone, set up after a heavy vehicle collision on Tuesday.

Police believe the school bus had stopped at the speed reduction sign when the truck, which was unable to slow down in time, crashed into the bus and sent it flying down the embankment.

Trevor Oliver, who works for a towing company, was nearby when he heard the loud bang of the crash.

“Instantly your heart sinks, but then to get there and find students, (it’s) another world,” he told 7 News.

Mr Oliver went down the embankment, and with the help of about six other people, took off the driver’s windscreen so the girls could get out.

“The worst one was a girl who had her leg partially amputated,” he said as tears streamed down his face.

“Three of us got hold of her … we got her free and carried her out.

(I) was just trying to calm her down, grabbing whatever we could to wrap her leg because we were conscious of her bleeding.”

Five schoolgirls had to be cut from the wreckage of the bus and more than 30 people were treated at the scene for traumatic injuries.

Two teenage girls were flown to the Royal Children’s Hospital in a serious but stable condition, while another was taken to the hospital with lower body injuries.

A fourth schoolgirl was taken to Western Hospital Footscray in a stable condition with minor injuries.

The Royal Melbourne Hospital treated a woman in her 40s and a man in his 50s, both in a serious but stable condition, with injuries, along with a teenage girl with upper body injuries.

A man in his 50s was taken to The Alfred hospital in a stable condition with minor injuries.

The truck driver also sustained serious injuries and had to be extricated from his cabin, which was crushed on impact.

Road crime investigation Detective Inspector Roger Schranz said the scene was “chaotic” and police were “incredibly grateful no one was killed.”

“As a detective, I look at that scene and assume someone would have passed away, so they’re all very fortunate indeed,” he said.

Despite the National Day of Mourning, Loreto College opened its doors for students and teachers to access counselling.

“The college is very appreciative of the quick and professional response of the emergency services personnel at the scene and very grateful to Grampians Health for their ongoing support,” the school said in a statement.

“Our caring Loreto community has deep concern for the injured and their families and we ask for their privacy to be respected.”