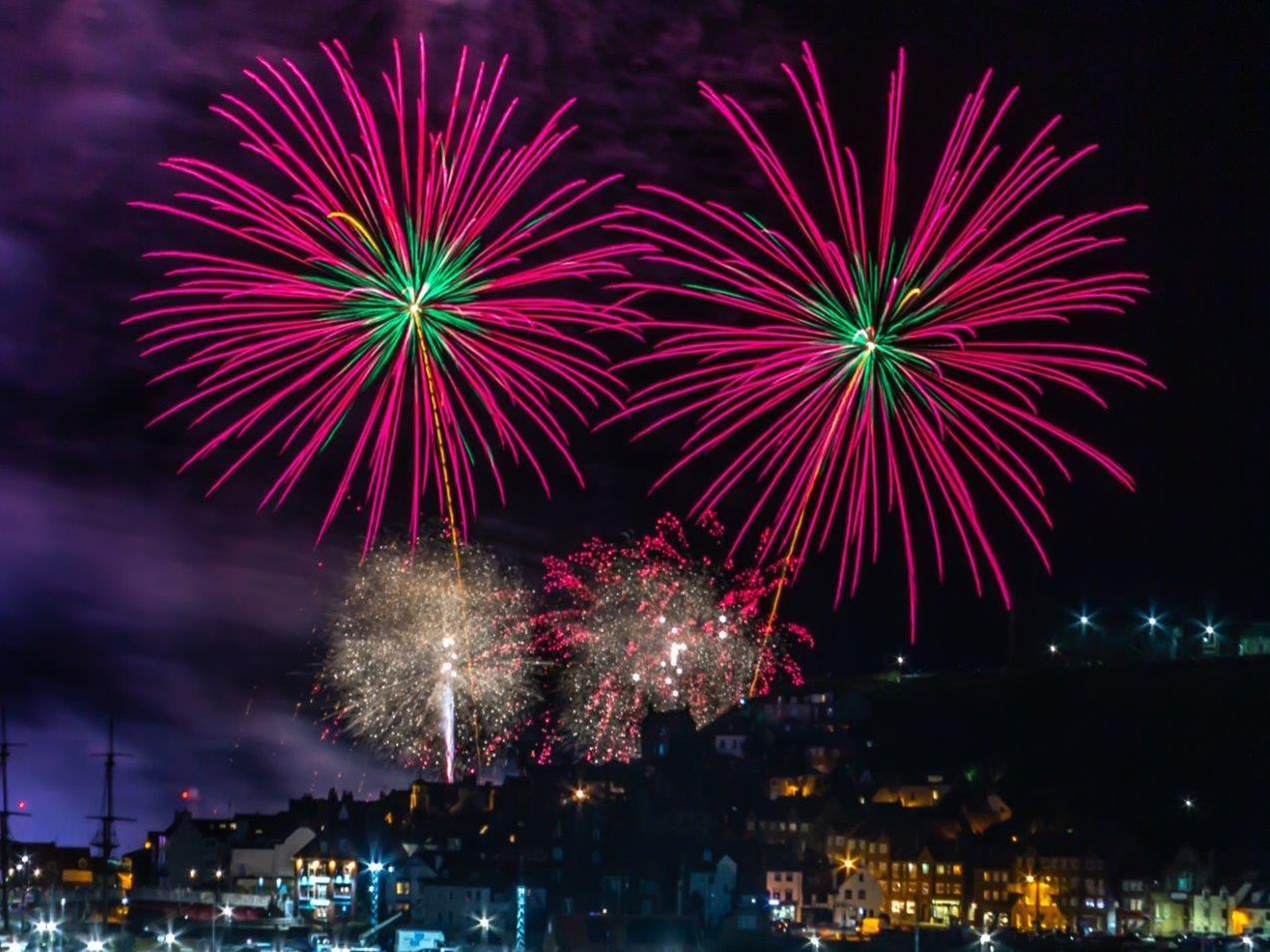 Chairman Ivor Greer said the response of the crowds to the display on Monday night showed what a big success the display was.

Mr Greer also sang the praises of all those who worked tirelessly to make sure the regatta could go ahead after being postponed last year due to Covid – only the third time in its history the regatta couldn’t happen.

Lucas and mum Juliet having fun at Whitby Regatta.

A delay to the final stages of lockdown measures being eased left the committee with little time to prepare – but they were determined that the show should go ahead, even if it meant losing popular attractions such as the bonny baby show, glamorous grannies as well as the raft race and greasy pole.

“The event was put together once we got clearance from various partners we were working with and it gave us a month to get something organised and done properly,” said Mr Greer.

“It was a very short time span, hence the reason it was condensed.

“Despite that, the crowds it attracted did surpass our expectations.

“The marshalls and helpers worked tirelessly prior to the event setting up and de-rigging everything after the event and they worked 24/7, putting in 12 hour shifts so our thanks go out to them for assisting us.”

He praised the flawlessness of the rowing presentation at Abbey Wharf after some competitive racing over the weekend.

“The presentation evening was excellent, it was very smooth and very professionally done,” he said.

The fireworks, of course, were a huge draw as the display offered a fitting finale to the regatta on Monday night.

“I’ve been involved with regatta for a number of years,” said Mr Greer, “and we can always tell from the crowd if they clap very loudly like they did on Monday night, we obviously know it’s been a big success.

“Our thanks to Illumination Pyrotechnics, who did a professional job.”

Mr Greer said in last week’s Gazette that the committee had decided it was not fair to approach local businesses for money after a torrid year, although sponsors were mentioned in the rowing presentation.

“The regatta committee funded the event themselves this year because we didn’t want to go to businesses who have been closed throughout lockdowns,” Mr Greer said.

“We thank all our partners – the list is endless – who helped to get our event back and to make it the success it was over the weekend.”

Illumination Pyrotechnics posted on the regatta’s Facebook page: “Was awesome to be back on the pier doing what we love.

“A huge thank you to everyone involved in this absolutely brilliant event and to everyone that came out to watch.”