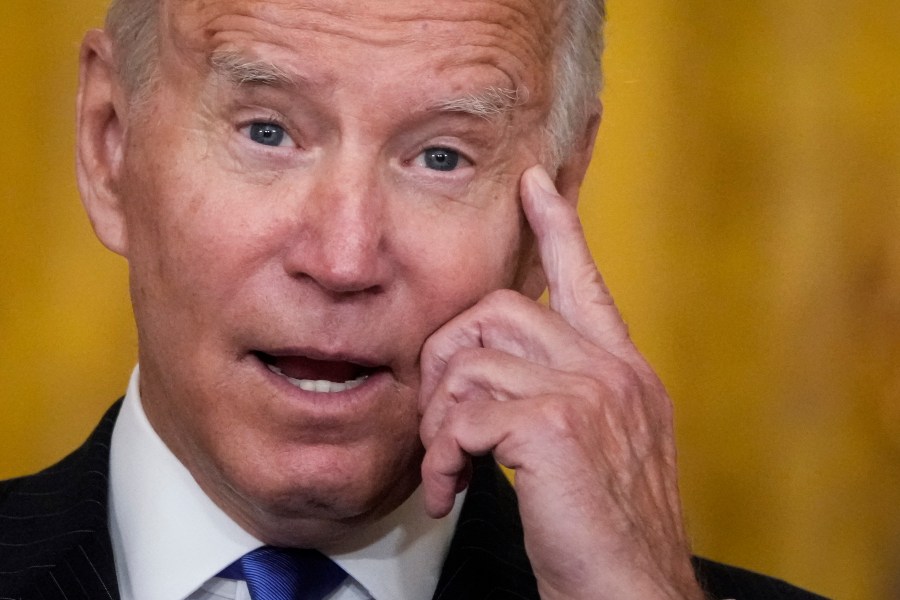 WASHINGTON — White House officials this week urged the nation’s governors to prepare to vaccinate children ages five and up by early next month, ABC News reported.

The officials told state leaders Tuesday that it had enough pediatric doses available for the 28 million kids ages 5-11 who would become eligible if the Food and Drug Administration approves Pfizer’s COVID-19 vaccine for that age group in the coming weeks, according to audio obtained by ABC News.

Pfizer and partner BioNTech requested approval for emergency use of their vaccine for youngsters last week. The Biden administration has purchased 65 million pediatric doses of the Pfizer/BioNTech vaccine, said an official of the Department of Health and Human Services.

Gov. Hochul on religious exemption for health care vaccine mandate: ‘We will appeal this’

An FDA advisory committee is set to meet to discuss the request on Oct. 26, setting the stage for the agency to declare if the shots are safe and effective for younger children. Until now, the vaccine was available only as young as 12, and many parents and pediatricians are clamoring for protection for younger kids.

Pfizer already had announced that a lower dose of its vaccine worked and appeared safe in a children’s study. The company says vaccinated 5 to 11-year-olds developed coronavirus-fighting antibody levels that were as strong as what teenagers and young adults get after the regular-strength shots.

If the FDA gives the green light, the Centers for Disease Control and Prevention will make a final decision after hearing from its outside advisers.

Once approved, the children’s doses will go to thousands of sites, including pediatricians, family doctors, hospitals, health clinics and pharmacies that are part of a federal program guaranteeing that the shots are free to recipients, ABC News reported. The White House said it would work with local health officials in the coming days to identify which sites will receive the first doses, according to the report.

While kids are at lower risk of severe illness or death than older people, COVID-19 is sometimes fatal in children — at least 520 so far in the U.S., according to the American Academy of Pediatrics.

Lost your vaccination card? Here’s what to do

Expanding vaccine availability to more U.S. children is seen as another milestone in the fight against the virus and comes amid an alarming rise in serious infections in youngsters because of the highly contagious delta variant.

It would also push the U.S. vaccination drive further ahead of much of the rest of the world at a time when many poor countries are desperately short of vaccine.

Moderna has requested FDA permission to use its vaccine in 12 to 17-year-olds and also is studying its shots in elementary school children. Both Pfizer and Moderna are studying even younger children as well, down to 6-month-olds. Results are expected later in the year.

The Associated Press contributed to this report.

A vintage dish with modern appeal – The Denver Post