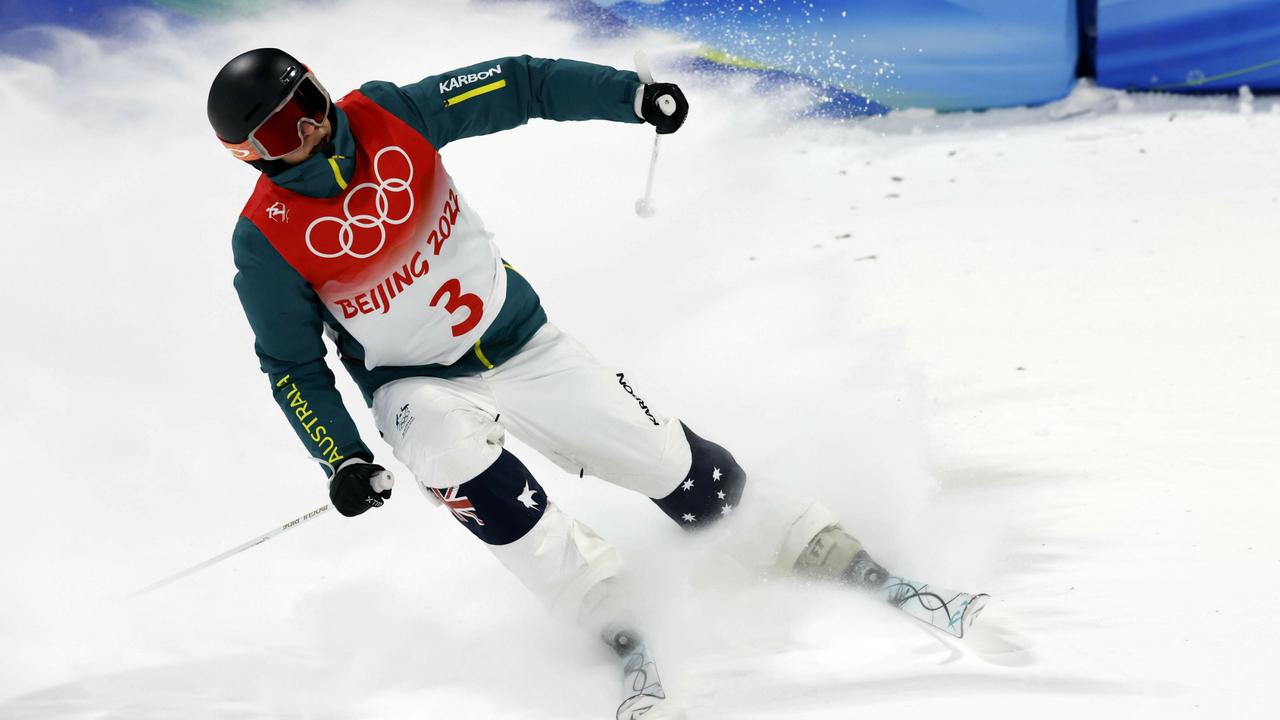 You can’t have a Winter Olympics without snow – but debate is raging over what’s currently being used during events in Beijing.

If you thought it was snowing in Beijing you’d be forgiven.

The truth is virtually all the snow at the 2022 Winter Olympics is artificially made, requiring massive amounts of energy and water.

It comes as reliability on natural conditions becomes more difficult due to climate change.

Only around 10 per cent of the snow used for competitions at Zhangjiakou this year is natural and the percentage of artificial snow used at Yanqing is close to 100.

The International Olympic Committee estimated around 223 million litres would be needed to make artificial snow for The Games – enough to fill 90 Olympic swimming pools.

Another way of looking at it is a day’s worth of drinking water for nearly 100 million people, according to CNN.

The company said it began shipping a full arsenal of snow guns, fan-driven snow generators and cooling towers to Beijing in 2018.

The Olympics has faced both criticism about the environmental impact of the artificial snow and concern about the danger for athletes.

But the the IOC put out a statement defending the use of artificial snow, saying it wasn’t the first time it had been used at a Winter Olympics. It said the Olympics in Vancouver 2010, Sochi 2014 and PyeongChang 2018 all relied partially on manufactured snow.

It also said every effort had been made to minimise the environmental impact, including snow-making equipment for Beijing using 100 per cent renewable energy.

“This is not new. Already over the past five to 10 years, we have been skiing only on man-made snow,” Bernhard Russi, International Skiing Federation (FIS)’s Alpine Committee chair, said at a media briefing.

“Sometimes it is a mixture together with natural snow, but in order to have a perfect course for alpine racing, you need man-made snow to get the right quality.”

Wei Qinghua, mountain operation manager of Zhangjiakou Guyangshu Cluster for the Beijing Games, explained what would happen to the snow afterwards.

“In the entire Zhangjiakou venue cluster, water used for snow-making mainly comes from rainfall and surface run-off, and the water can be recycled,” he said.

“For water from melted snow, we have a reservoir and two lakes which can store it so that it can then be used for agriculture, irrigation, tourism and landscaping.”

A report led by Loughborough University in London, Slippery Slopes, recently looked at how the climate crisis was affecting the Winter Olympics.

Laura Donaldson, a freestyle skier from Scotland who competed at the Salt Lake City Winter Olympics in 2002, was particularly critical of artificial snow.

“If freestyle super pipes are formed from snow-making machines in a poor season, the walls of the pipe are solid, vertical ice and the pipe floor is solid ice. This is dangerous for athletes; some have died,” she said.

Philippe Marquis, a two-time Winter Olympian and top freestyle skier from Canada, said he was concerned about the athletes’ safety down the pipeline.

“From an environmental standpoint, the amount of water required to produce substantial amounts of [artificial] snow to ensure early season venues is mind-blowing,” he said.

The report said that a risk of more severe injuries when falls do occur was because of the harder surface.

However, in its statement, the IOC said the artificial snow does not make skiing more dangerous.

“The controllable and adaptable nature of man-made snow makes it a better fit than the natural version for developing ski courses for elite racing,” it said.

“Thanks to its density and consistency, artificial snow offers consistent and predictable slope conditions.”

The revelations of nearly 100 per cent reliance on artificial snow for the 2022 Winter Olympics has been used to highlight the seriousness of climate change.

In a low emission future consistent with a successful Paris Agreement, only 13 of 21 previous host locations (all in the northern hemisphere) for the Winter Olympic Games would remain reliable for snow sports competitions in the 2050s and 12 in the 2080s, a recent report found.

The impact of a high emission scenario was far worse.

Shocking moment man building a fence gets a very nasty…